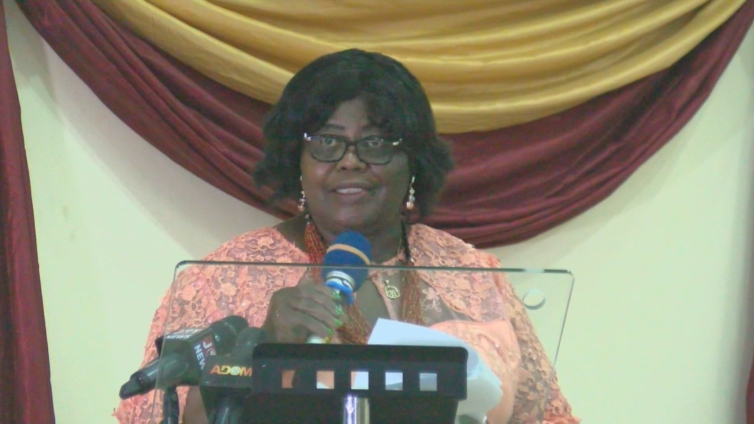 A Supreme Court judge, Justice Henrietta Mensa-Bonsu has cautioned against any plots or schemes by groups or individuals to overthrow the democratically elected leader of the country and the constitution.

Haven witnessed firsthand the devastation of war during her tenure as former Deputy Special Representative of the UN Secretary General in Liberia; the former Professor of Law at the University of Ghana highlighted the grim consequences of any such unconstitutional act on the people.

She has also called on the political class to be cautious of the social temperature of the country in order to maintain peace.

She made the call at the launch of her biography, JOY, a biography of Henrietta Mensa-Bonsu by Kofi Akpabli at the University of Ghana on Thursday, December 8.

The caution against any forceful takeover of government by the Supreme Court judge comes barely two months after President Akufo Addo urged the military to remain patriotic and loyal to Ghana’s constitution even at the time of painful economic outlook.

Her Ladyship Justice Henrietta Mensa-Bonsu admonished Ghanaians not to give in to promoters of war who always benefit from same.

“An outstanding memory from my early days in Liberia is father’s day 2006…the men of the church chose that day to remember those of their number who had died of starvation during the siege of Monrovia in 2003. I had always reckoned the war dead as haven died of gunshots and other explosive devices but never of starvation.

“I also learnt that surviving a war was sometimes as difficult as surviving peace. and that life in peacetime could be so difficult as to make the survivors envy the war dead.

“Maintaining our peace and working through our problems for a peaceful Ghana is what holds a good future for all of us, particularly for those of us with our best years already behind us.

“It must not be forgotten that some people profit by war and will stop at nothing to promote their commercial interest.”

She also called on Ghanaians to have faith in their own to make the world a better place even at the global level.

“We must as Ghanaians have a bit more faith in our own for we are globally competitive in whatever way one assesses ability and output. Can Ghanaians develop Ghana? without a shred of doubt I say yes we can,’’ the Professor added.

As a Supreme Court judge with barely three years on the bench, the former Professor of Law at the University of Ghana whose work has impacted many, some of whom now find themselves in the corridors of power and the halls of justice, is now confronted with living with the critiques and legal theories she spent her life putting forward.

The former president of the Academy of Arts and Sciences highlighted how she is beginning to appreciate the nuances.

“Building the edifice of justice case by case is certainly a different endeavour than building an academic argument from a more depersonalise perspective.

“I am particularly conscious now of how theory must interact with practical reality to achieve just outcomes for those who seek refuge under the vast baobab tree of the law,” Justice Henrietta Mensa-Bonsu said in her speech.

There were however subtle calls at the book launch for a volume 2 which will focus on the lighter side of the Supreme Court judge.

DISCLAIMER: The Views, Comments, Opinions, Contributions and Statements made by Readers and Contributors on this platform do not necessarily represent the views or policy of Multimedia Group Limited.
Tags:
Constitution
Professor Joy Henrietta Mensah-Bonsu
Supreme Court