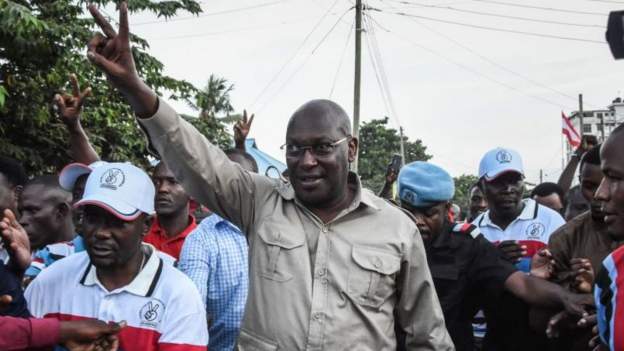 Chadema party chairman Freeman Mbowe (C) was among those arrested

Police in Tanzania have confirmed the arrest of several opposition figures, including the chairperson of the Chadema party, Freeman Mbowe, ahead of Monday’s planned protests.

Police say the arrested politicians wanted to disrupt peace while protesting against the results of last week’s elections.

The Chadema and ACT-Wazalendo parties have called for mass action from Monday to demand fresh elections.

The head of police in the commercial hub of Dar es Salaam, Lazaro Mambosasa, said Monday’s planned protests would not be allowed.

He said some opposition figures were planning violent protests.