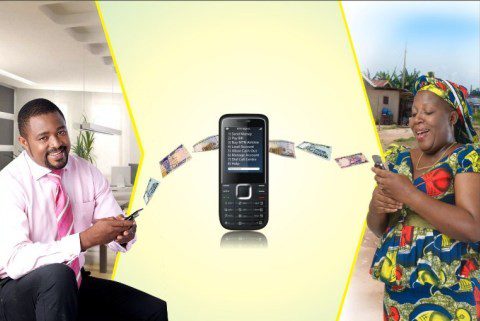 Telecoms operators and banks in the country are in a tussle over how to pay interest to mobile money customers as per the requirement of the new Electronic Money Issuers (EMI) Guidelines.

The tussle stems from the fact that the banks said they want to pay 100 per cent of the interests directly to the mobile money customers, but the telcos want the banks to pay the moneys to them so that they will pay out 80 per cent to customers and keep 20 per cent for their operations.

Moreover, the telcos also want the banks to pay a handsome interest on the over GHC600 million, which has sat with them for years and they have used it for business over a long period of time, but some banks are said to be refusing to pay interest, while others are promising a meager one per cent interest.

It clearly stated in subsection 5 that the e-money issuers (telcos) must pay a minimum of 80 per cent of the interest accruing from on the cash flow to the e-money holders (customers), and keep a maximum of 20 per cent for their operations.

The guidelines also said interest accruing from the e-money float should be put in a special account and withdrawals should only be made by the telcos with proof to the banks of going to pay interests to customers.

No part of the guidelines talked about banks paying 100 per cent of the interest directly to mobile money customers, which is what the banks are seeking to do, in defiance of the guidelines.

Very soon, mobile money customers will start demanding their interests, but the telcos said they face a situation where they may not be able to pay because the Ghana Bankers Association (GBA) has instructed its members not to pay the interest to the telcos to forward to their customers.

Unhappy telcos officials have been telling Adom News that for years, hundreds of millions of physical cash from the various telcos mobile money platforms have been with the partner banks and they do business with it and generate interest without paying any interest to the mobile money customers.

Now the BoG’s new EMI Guidelines require the banks to pay interest to the telcos to be forwarded to customers, and they are just proving difficult.

Some of the banks are said to have come up with the excuse that they keep the funds from the mobile money platforms in current accounts, which do not bear interest.

Meanwhile, the banks are said to have been investing these moneys in treasuring bills and other instruments, which attract over 25% interest in some cases.

The telcos said the matter has been reported to the Central Bank but they also seem to be dragging their feet about the whole issue, and are rather suggesting to telcos to trade their service charges for the interest on e-money.

But the telcos said they cannot stop making service charges because up to 70% of their service charges go to their merchants to motivate them to work – and that is how come just one of them (MTN), for instance, has over 30,000 merchants across the country, which is more than all bank branches in the country put together.

They explained that the whole idea behind the new guidelines was to boost the drive towards a cashless/cash-lite society and one key way to achieve that is to spread merchants across the country to push the financial inclusion agenda.

“If we stop service charges it will be a de-motivator for the merchant business and counterproductive to the financial inclusion effort,” the telcos insist.

The telcos also noted that everywhere mobile money has succeeded, there are service charges and partner banks also pay interest on the cash flow from the mobile money platforms lodged with them.

They are therefore surprised that the banks in Ghana are behaving the way they are, and they seem bent on making the mobile money system not work effectively.

CEO of GBA, Daniel K. Mensah has told Adom News that it is never true that banks do not want to pay interest, but it is rather the telcos who want to shortchange e-money holders (mobile money customers).

He explained that the cash flow from the mobile money platforms are put in current accounts which do not earn interest in most banks, but all the banks have agreed to move that cash into interest-bearing accounts and pay 100 percent interest directly to the customers.

"The guidelines also require the telcos to give us a list of e-money holders for us to pay 100 per cent of the interests to them but the telcos want the money to be paid to them so they will keep 20 per cent and pay only 80 per cent to the holders," he said.

Mr. Mensah said the money is not for the telcos but for the customers, and the telcos make service charges on the use of those moneys so there is no legal justification for them to seek to take a portion of the customers' interest as well.

"But the uniform thing here is that we have agreed to migrate the cash flow from current accounts to interest-bearing accounts and pay interests to customers directly and not to telcos who want to keep part of the money meant for customers," he said.

"We have therefore as the telcos to give a list of the holders so that we can pay interest to them directly," he said.