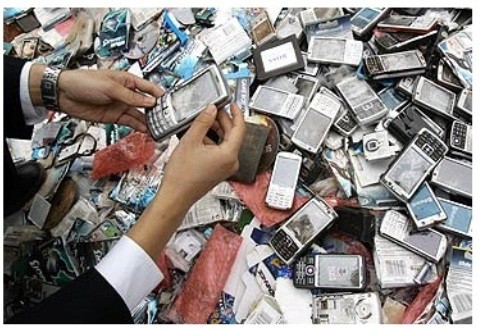 A telecoms expert has cautioned Ghanaians about the negative impact of fake and sub-standard mobile phones, saying in the long-run they were not much cheaper than genuine handsets.

Speaking at the quarterly Knowledge Forum organized by the Ghana Chamber of Telecommunications in Accra on Wednesday, Mr. Fred Opoku-Asare, a telecoms project management professional said “fake phones last only a few months, the batteries sometimes explode; you have to visit the repairer several times a year; the inscriptions on the keypad rub off easily, and you have to replace the casing. In the end, even though they retail cheaper they cost you more.”

Opoku-Asare said because fake phones did not undergo stringent quality tests, they had substandard antennae, microphones and speakers, which hinder the subscriber’s quality of experience for which network operators were often blamed.

Users of fake phones were four times more likely to experience dropped calls, and find it as many times more difficult to initiate a call, according to research conducted in Brazil. Keeping a conversation going on a fake phone while in a moving vehicle was a nightmare, as handing-over – the process by which a phone picks up signals from the strongest cell site within a location – failed four out of 10 times.

Fake phones are manufactured to mimic genuine handsets but cost only a fraction of genuine devices.

The Knowledge Forum is organized by the Chamber of Telecommunications to help inform stakeholders and subscribers about some of the key issues in the telecoms industry. The event was attended by officials from the National Communications Authority and the ministry of Communications.

Mr. Opoku-Asare said fake phones hurt the brand of genuine manufacturers and network operators, whilst denying governments of revenues as a large volume was smuggled into the country.

Director of Special Projects at the NCA, Major Emmanuel Owusu-Adansi (Rtd) said the forum was timely because it would educate the masses on dangers associated with fake phones.

“There are relevant laws and appropriate regulations to deal with this phenomenon, but we believe that we should start with public education,” he said.

Kenya and Uganda have recently initiated campaigns against fake phones. In Kenya, a deadline to disconnect all fake phones was extended by several months to allow for further public education.