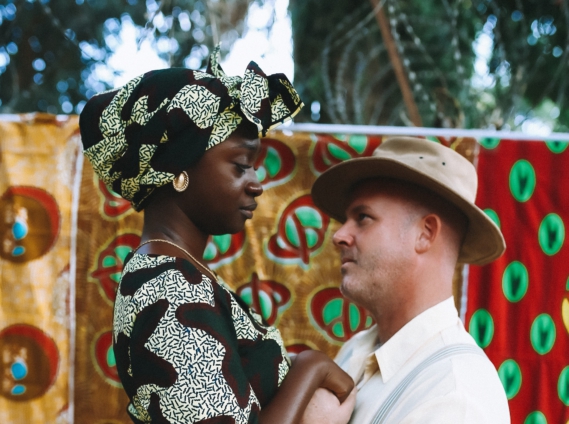 More than just the hope of one country, Ghana’s independence represented a monumental moment in the wave of freedom struggles that subsequently engulfed other countries on the continent.

This audio drama is set against this backdrop. In this 30-minute captivating drama, we explore the soundscape of a city at the edge of freedom from colonial rule, depicted through the lives of Rose (a young teacher played by Ghanaian singer and actress Adomaa), and her Reginald (her European lover played by Timothy Banks), as they face a decision as symbolic to them as the birth of a new nation.

Historically, Ghana has had a colorful political and social climate. Home to talents  (both local and foreign) of different kinds, our country has been the birthplace of political, cultural, and artistic movements that have spread far beyond our borders.

However, there isn’t enough work in recent times exploring the pre- and post-Independence social and cultural lifestyles of our people.

Goodbye, Gold Coast is the first installment of many projects from the director Joewackle J. Kusi that seek to change this.

Audio dramas are not mainstream in Ghana, making the artistic choice a  bold one; especially in these times of visual content and short attention spans.

Goodbye, Gold Coast launches in September with two live listening sessions slated for the 10th and 21st at Alliance Française.

This event is a multi-disciplinary immersive art experience consisting of a first public listening of the audio drama, music curation and exhibition of arts that leans towards these historic backdrops, and themes reminiscent of the time.

September is the Ghanaian month of remembrance for Dr. Kwame Nkrumah, one of the principal fighters for independence from colonial rule.

It is our plan to bolster this significant month with the release and promotion of our audio drama.

It is our hope that our work creates an impact felt far beyond the borders of our country. We look forward to your continued support.

Joewackle has written several articles that can be found both online and in print.

His debut feature film, LUCKY was described by critics as an instant cult classic with a number of festival laurels and award considerations.

Followed that up with BOYS  NO DEY CRY, a short film that explores the complexities of toxic masculinity, mental health, religion, and family in African homes. He has also worked on short films, web series and TV shows both as a writer and in different capacities on various productions.