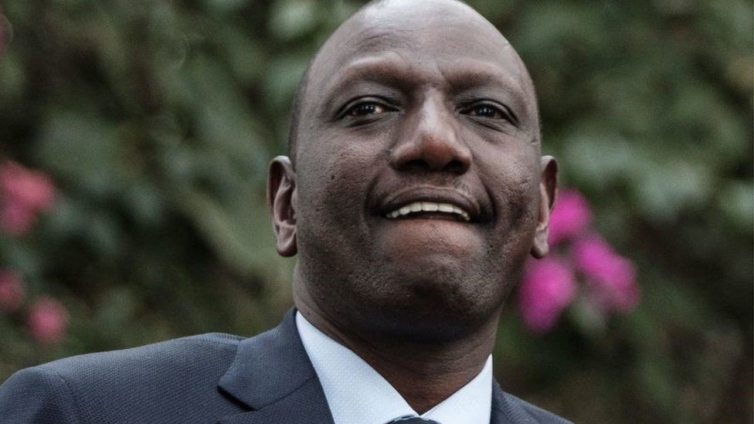 William Ruto’s childhood epitomises the lives of many poor Kenyans.

He went to primary school barefoot, wearing his first pair of shoes at the age of 15. He also sold chicken and ground nuts by the roadside in rural areas of the Rift Valley.

So it comes as no surprise that he portrays himself as the champion of the poor as he vies for the presidency in elections due on 9 August.

Mr Ruto is contesting the election under the banner of Kenya Kwanza, Swahili for Kenya First, with a promise to grow the economy.

The official rate of unemployment among those aged between 18 and 34 years is nearly 40%, and the economy is not creating enough jobs to absorb the 800,000 young people joining the workforce every year.

He has therefore coined the phrase “Hustler nation” to refer to the young people struggling to make ends meet.

Mr Ruto has promised a bottom-up approach to the economy, saying it will benefit the poor who are bearing the brunt of the cost of living crisis that has hit the world following the coronavirus pandemic and the war in Ukraine.

This is the 55-year-old’s first attempt at the presidency. He is hoping for the same luck that saw him elected, at his first attempt, to parliament in 1997 as MP for the Eldoret North constituency.

He joined politics in 1992, having been mentored, he says, by then-President Daniel arap Moi.

Mr Ruto was part of the youth wing of Mr Moi’s once-dominant Kanu party, and was among the activists tasked with mobilising voters for the country’s first multi-party elections held in the same year.

He now has the reputation of being a powerful orator who draws huge crowds at rallies, and of putting up a strong performance in media interviews.

He often starts speaking by saying “My friend”, which helps him strike a rapport with voters and disarm critics.

After holding various ministerial posts – including education – he rose to the deputy presidency after the 2013 election.

Mr Ruto contested that election as the running mate of outgoing President Uhuru Kenyatta, shocking many Kenyans as they had been on opposite sides of the political spectrum in the previous election.

It was an alliance of expediency, as both had been charged by the International Criminal Court with crimes against humanity after being accused of fuelling violence in the aftermath of the heavily disputed 2007 election, in which about 1,200 people were killed. In that poll, Mr Ruto had backed opposition candidate Raila Odinga – now his presidential rival – while Mr Kenyatta backed then-President Mwai Kibaki in his re-election bid.

Their alliance, dubbed a bromance, paid off as the two men swept to power, putting them in a strong position to stave off the threat posed to them both by the ICC – something they achieved when the prosecution dropped charges against President Kenyatta in 2014 and judges threw out the case against Mr Ruto in 2016.

However, their alliance broke in 2018, when Mr Kenyatta – in yet another stunning about-turn – reconciled with Mr Odinga, dashing Mr Ruto’s hopes that the outgoing president would endorse him as his successor in the current election campaign.

The president’s allies accused Mr Ruto of insubordination, an allegation he denied, but he acknowledged the rift by saying that he and the president “see politics differently”.

Mr Ruto remains in office, courtesy of constitutional provisions that secure the tenure of a deputy president.

Ethnic loyalties play a huge role in Kenyan politics and Mr Ruto comes from the third biggest ethnic group, the Kalenjin, which has produced only one other president, the late Mr Moi, who was Kenya’s longest-serving ruler.

He is married to Rachael, who he first met at church youth meetings.

They have six children. Their eldest son, Nick, was once blessed by Kalenjin elders, fuelling speculation that he was being groomed for a political role, while their daughter, June, works in the foreign affairs ministry.

Mr Ruto has a passion for agriculture, which has seen him venture into maize, dairy and poultry farming.

He owns huge parcels of land in western and coastal Kenya and has also invested in the hospitality industry.

Mr Ruto has been linked to corruption scandals in government and the source of his wealth is a subject of much speculation.

In June 2013, the High Court ordered him to surrender a 100-acre (40-hectare) farm, and compensate a farmer who had accused him of grabbing the land during the 2007 post-election violence.

He denies any wrongdoing, and continues to appeal to young voters with a promise to give them opportunities to improve their lives, just as he did.