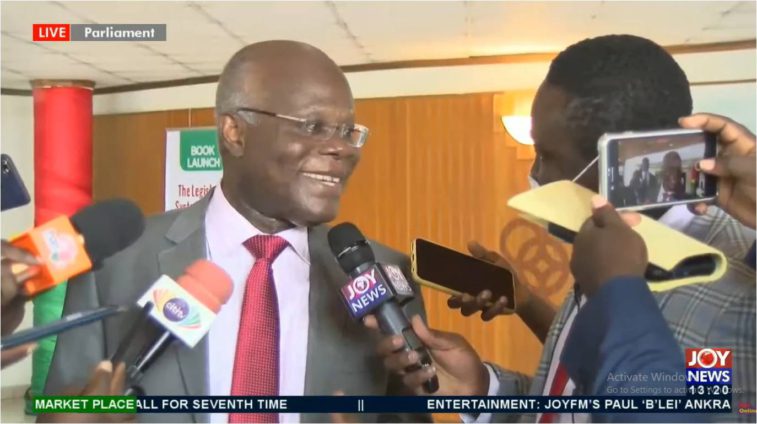 The Adansi Asokwa Member of Parliament (MP), Kobina Tahir Hammond, has called the bluff of the Minority for stifling business in the House.

He said the National Democratic Congress (NDC) legislators are misinterpreting the laws of Ghana, knowing very well that the law is not always “commonsensical.”

Mr. K.T. Hammond said these after the NDC MPs argued on Thursday that the House did not meet the threshold of half of all members to enable decision-making.

According to the Minority, the apex court, through its judgment on the voting rights of Deputy Speakers, reversed the ‘Parliament is the master of its own rules’ mantra; thus, proceedings could not continue on the agreement.

This led to the rejection of a motion to approve a loan facility aimed at helping cut down carbon emissions.

But Mr. Hammond fumed and asked the NDC MPs to do as they please with the House and inform his side when they are ready to proceed with parliamentary business.

“The law is never in all the context commonsensical or logical. I know of a situation where it was put in Lord Denning that the law is illogical and he said to them in a riposte that when did anybody ever say the law was logical. There are certain aspects of the law which aren’t entirely common sense, but it is the law.

“So, don’t confuse the two, don’t conflict the two. He won’t let us do any work because we don’t have 90 plus or whatever, take this Parliament, do whatever you want to do with this Parliament. When you are tired, let us know,” he said.

At least three of the last four sessions of Parliament had to be adjourned because of lack of quorum at the time of decision making.

Meanwhile, the €20 million loan agreement between government and Germany has been approved.

The facility is expected to finance the Green Credit Line, an initiative under the Reform and Investment Partnership between the two countries which would help cut down on carbon emissions.

In a Twitter post on Tuesday, the Majority Chief Whip, Frank Annoh-Dompreh said the adoption of the motion “comes as a boost to the government’s efforts in the clean energy sector.”