The story of two biological sisters who share the same husband 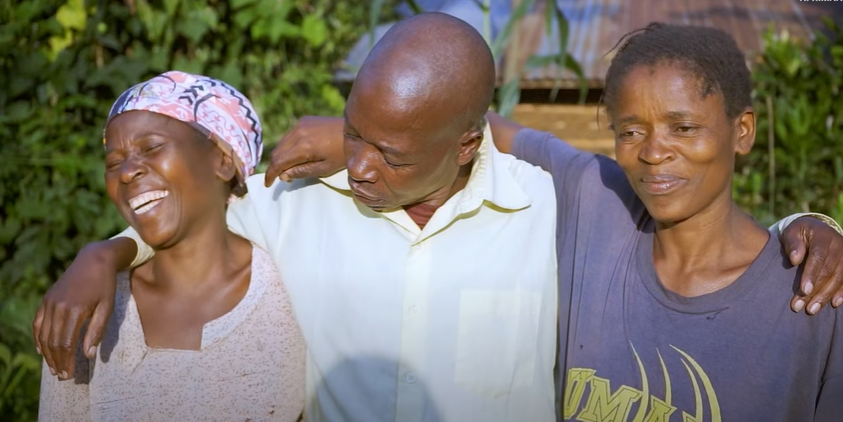 When a Congo woman, identified as Goreth, decided to share her possessions with her younger sister, she never imagined that would include her future husband.

From childhood, Goreth had peacefully lived with Mawazo until they were separated by her marriage to one Desire Cipimo.

What was initially a happy home hit rock bottom, when the couple could not fulfill their desire of running a large home.

Goreth, in an interview on Afrimax TV stated that her husband, Desire changed completely because she bore only one child, as the second was stillbirth.

Their quest for more children proved futile and she was faced with the bitter decision of accepting a second wife.

But, to her utmost surprise, Desire did not extend his search; he settled on her younger sister, a decision she said she was not too pleased about.

But, with the approval from their parents and Mawazo herself, she accepted reality of a polygamous and incestual living.

And that is how she has been sharing her husband with her sister for over a decade.

On his part, Desire told newsmen he had no prior attraction towards his wife’s younger sister, but he just wanted a woman who was as well trained as his wife, and coming from the same background, it seemed like a perfect choice to make.

“A second wife is a second wife, regardless of where’s she’s coming from. So Mawazo being her family and being siblings doesn’t make any difference. I wasn’t looking for love, I just wanted more children and she gave me just that,” he said.

The second wife, Mawazo, on the other hand, said she accepted because she thought sharing a husband would increase the love she has for her sister as they would be together under one roof again.

On whether there are no issues of jealousy, Mawazo remarked that they live as sisters and not co-wives so they understand each other perfectly.

Currently, they are a big family of one husband, two wives and 10 children; one from the first and nine from the second wife.

Based on her experience, Goreth believes a man can still show his wife utmost love even in a polygamous home.