'There should be a befitting tribute to him' - Son of C.K Gyamfi insists - MyJoyOnline.com

‘There should be a befitting tribute to him’ – Son of C.K Gyamfi insists 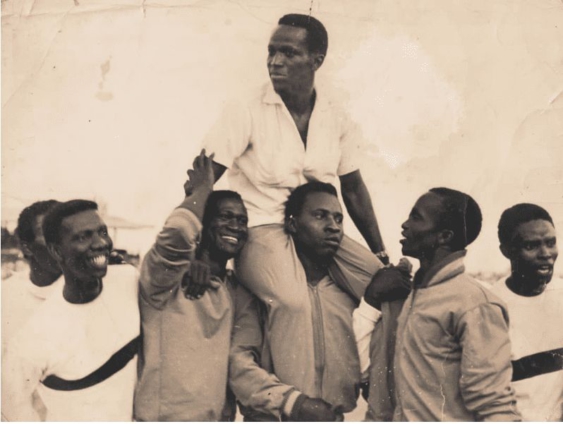 Edwin Gyamfi, son of Ghana football legend, Charles Kumi Gyamfi, has called on the Ghana Football Association (GFA) to give his father a befitting tribute for the sacrifices he made as a player.

C.K Gyamfi was the first coach to lead the Ghana national football team to an Africa Cup of Nations victory in 1963 before guiding the Black Stars to two other AFCON titles in 1965 and 1982.

Speaking on JoySports’ Sports Link on Saturday, Edwin insisted that his father needs to be given more recognition.

“We don’t really talk about our father in that kind of space where he is a legend. We just see him as a father, he did his best for the country. But there is a point where you get to realise that, for the sacrifices that he made for the country there should be a befitting tribute to him,” he said.

“If you go to Nigeria for instance, you got all these stadia that are named [after some people] and there is a story behind the Baba Yara Stadium…essentially it was going to be named after C.K Gyamfi and he did tell us but for some reasons. There was some kind of disagreements at some levels and they decided to name it after Baba Yara and then to compensate, they decided to name the sports college after him. I think he is bigger than that, to be honest.

“For one person that has put his life down for the country, sacrificed because when he was playing in Germany, when he was playing professional football he could have remained and played professional football because he signed a contract with them and Kwame Nkrumah decided to bring him back. He found it difficult to tell them that ‘my country needs me’, so he was a part patriotic person and I think he deserves more than that.”

The former Black Stars player and coach’s autobiography is set to be launched on Thursday, May 19 in Accra.