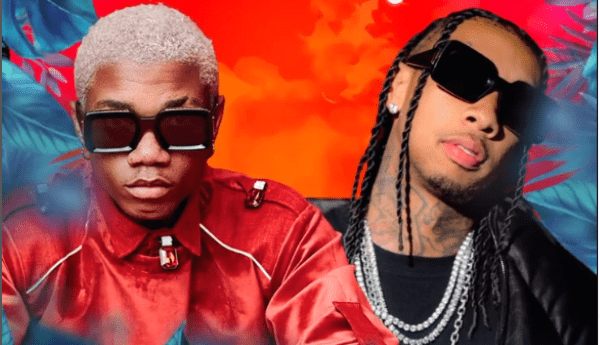 This special Valentine’s Day week was packed with exciting news and stories. #TwitterGhana has summed up what’s been going on in technology, music, sports, entertainment and the other relevant ‘spaces.’

#TwitterCEO was trending following Ivy Barley’s highly anticipated conversation with Twitter CEO Parag Agrawal on #SpacesWithIvy. This was in keeping with a commitment he made in response to her #TweetItIntoExistence moment, where she Tweeted about wanting to host him on her Spaces. The conversation focused on Agrawal’s journey in Tech, along with deep career lessons and insights.

There was an overwhelmingly positive response from the #SpacesWithIvy audience, mostly made up of young Ghanaians with an interest in the Tech community and ecosystem; they benefit from inspiring weekly conversations with Tech professionals from across the globe. Responses on Twitter ranged from takeaways from the conversation to support for Ivy, and even a shout out to the Jollof wars! In case you missed out on this stirring conversation you can replay the recording here.

Ghanaians can send money on Tips via Barter by Flutterwave

Leading payments technology company Flutterwave Tweeted about the inclusion of Barter, its web and mobile app, as an additional payment provider to Tips.

This update to Twitter’s tipping feature creates more ways for Ghanaians on Twitter to support each other and make money. The announcement was officially made on Wednesday, with media outlets like Joy997FM Tweeting about it. For step-by-step instructions on how to enable your Tips feature and how to send tips, check the Help Center.

When February 14 rolls around, lovers and friends exchange gifts, letters, cards, flowers, chocolate and other sentimental gifts to celebrate their love. This year’s Vals Day came with its own surprise – a community of single and ready to mingle people on Twitter, led by the vivacious social media influencer KalyJay sought to take control of the single-Twitter narrative for Valentine’s Day, as seen in this Tweet.

Ghanaian celebrities spread love on the ‘TL’ on Vals

While the singles were trending throughout the day with #SinglePeoplesAssociation, our favourite celebrities were also all out flooding social media with their spectacular red outfit photoshoots, love messages, date night plans and love emojis using the hashtag #ValentinesDay2022. Ghanaian stars including Nana Aba Anamoah Berla Mundi, Cookie Tee and Sarkodie posted a mix of sweet, touching and hilarious Valentine’s Day messages on Twitter.

Hope you enjoy the peek into the feeds of these celebrities and what they had to say on the love day captured just for you.

Yvonne Nelson and Nasty Blaq give fans a scare

Nasty Blaq seemingly celebrated Valentine’s Day with a video Tweet of himself and Yvonne Nelson enjoying a boat cruise, and as expected, it was met with mixed reactions.

Many fans speculated on the nature of their relationship and some believed it was merely a prank. Later, Yvonne Nelson Tweeted to clear the air of any misconceptions, alluding to the video merely being related to their work together.

The remix of his hit song ‘Touch It’ is a collaboration with American Rapper, Tyga, and was produced by himself and Record Producer Richie Mensah.

Twitter has been buzzing with comments after the announcement, and the song has also attracted reactions from international music players; like this in this Tweet  from Richardine Bartee, CEO of music label GRUNGECAKE.

This is a big deal for the Afrobeats singer and for Ghana. Have you listened to it yet?

The Heart vrs Kotoko match is almost here for all those following the Ghana Premier league. The first round of games is set to come to an end on Sunday, February 20, at the Accra Sports Stadium, when Hearts of Oak take on Asante Kotoko matchday 7 outstanding game.

Here is a Tweet by AsanteKotoko_SC  on the upcoming game. Get all the updates on the match by using #HeartsKotoko

DISCLAIMER: The Views, Comments, Opinions, Contributions and Statements made by Readers and Contributors on this platform do not necessarily represent the views or policy of Multimedia Group Limited.
Tags:
Twitter
Valentine