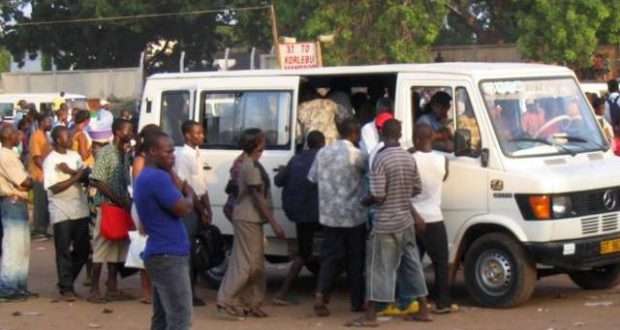 According to him, despite the government refusing to strike out some of the taxes on petroleum products to ease the financial strain on commercial drivers, it was working hard to ensure that the price of fuel was stabilised.

He noted that since the February increment in transport fares, the government has introduced interventions that have resulted in downward fuel pricing at the pumps.

He added that the hike in diesel prices at the pump really is as a result of scarcity and does not reflect the global price of fuel.

Speaking on JoyNews’ PM Express, he said there is no clear reason for the upward price adjustment of lorry fares and called on the GPRTU to exercise patience as government’s interventions produce their desired results.

He said, “The diesel, the price on the table should reflect because there is a bit of scarcity in diesel that is why you see the diesel price a bit high. But the international price of diesel is really not reflecting what it should be at the pump. But those challenges giving the next two to three weeks will be resolved in terms of the scarcity and also there is scarcity reflecting on the price.

“We know that demand and supply affect the price, so when there isn’t a lot on the market, really it will also affect the pricing. What I am saying is that this is a fluid situation, and because of the fluidity of it, it’s too early for anyone to come and say that look I’m increasing prices. My question is why now? Because there is nothing that has happened in this window for them to want to have an increase.”

“You’ve had 15% in February, yes, government is asking you to be patient they’re putting a lot in place. They did 15 pesewas reduction in the taxes that everybody wanted more, but government said look I can only do 15 pesewas. And they’re putting interventions in place to make sure that in the next couple of months, we’ll actually see a downward trend on the fuel.

“For the last three to five weeks we’ve not seen any major increase. The first major increase we saw was the one that it went up to the over 10 Ghana cedis, but since then the measures that have been put in place is working. So if you look at the international price it’s really on the downward trend,” he added.

Meanwhile the GPRTU has refused to back down from their action.

According to Spokesperson for the Union, Abbas Imoro, it is unfortunate to expect drivers who have family and financial obligations to meet, to wait for weeks, perhaps months for results of a government intervention to come to fruition.

He said, “Patient when? We are buying at the pump with the current prices. He hasn’t spoken about 11 to 12 taxes which are on the fuel and you’re talking about the price of a barrel. Should we wait while we’re sacrificing, we’re dying off, our business is fading off. Does Mr. Kwadwo Poku mean we should stop operating and wait for when the price will be reduced? If the answer is no, then he should listen to what we’re saying now.”