Too many things going wrong in Korle bu- Board chair 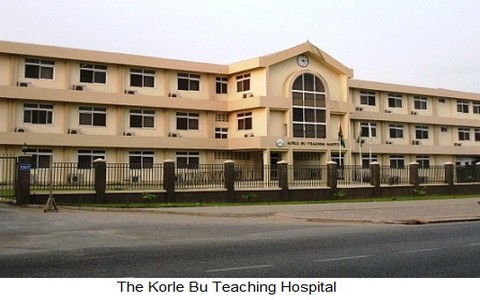 The Board Chairman of the Korle-bu Teaching Hospital is lamenting over what he says is the deep seated corruption in Ghana’s premier health care institution.

Eddy Annan told Joy News his attempt to fight this corruption has been met with stiff resistance with some perpetrators threatening his life and that of other members of the board.

Korle-bu has made the headlines for all the wrong reasons and the board chair is convinced his detractors are determined to thwart genuine efforts being made to get the hospital running efficiently.

According to him, a business audit conducted shortly after he assumed office showed massive rot in the system.

He said contrary to regulations that it was only the CEO that has power to order for purchases to be made on behalf of the hospital, it has come to light that that an individual, whose name he did not mention, consistently ordered for materials to be bought and paid for by the hospital without the authorization of the CEO.

That person, he noted, has been dragged before the disciplinary committee of the hospital and will dismissed if found guilty.

Eddy Annan dismissed allegations he awarded contracts to himself.

He challenged all his accusers to produce a shred of evidence of a contract he has awarded to himself or any close associate and he will be ready to resign his position.

He said he does not need the allowance from the hospital to survive, saying, he gives those allowances to charity.

Eddy Annan stated that it is for the good of the hospital that he is still at post.

Meanwhile, National Security has begun investigations into the alleged death threats on the Board Chair, the CEO and other members of the management and Board.