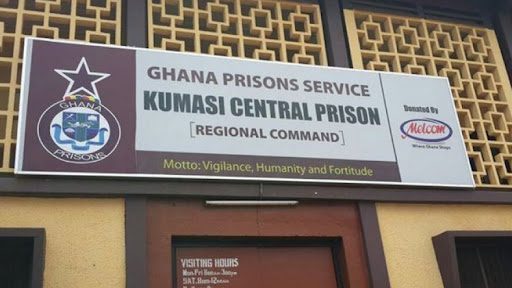 Traders operating around the Kumasi Central Prison have indicated that their businesses are not thriving due to an unpleasant smell emanating from the toilet system at the prison facility.

They have therefore called for an immediate intervention to avert a major environmental health disaster.

Food vendor, Abena Sarfowaa, said she has consistently recorded a decline in customers as the odour has persisted for long.

“I have had to deal with the bad scent from the prison for months now and this has affected my market. People hardly buy from me. I have nowhere to relocate my things. I appeal to the government to relocate the facility,” she said.

A resident, Kojo Amponsah, said he has to leave his house every morning due the health risk.

“I am a security man who works at night. Every morning, I find it difficult going back home to have some rest after a long night. This is due to the bad scent from the prison. I would rather find shelter elsewhere. I hardly have enough sleep which consequently may affect my health. Government should find another location for the prison to reduce the numbers at the facility,” he said.

Authorities at the prison have indicated they are having challenges in managing the sanitary condition of the facility due the increasing number of convicts and suspects.

The prison, which presently houses 1,900 inmates, including 945 suspects on remand, is situated in the Central Business District of Kumasi; located at the centre of Adum, Kejetia and the Central market.

Deputy Director of Prisons, Akwesi Asamoah Fenning, has explained that there are provisions in the pipeline to fix the problem.

“I have written to the Kumasi Metropolitan Assembly, and they have indicated they will include the prison in the newly designed toilet system for the region. They’ve promised to build a larger septic tank for the prison,” he said.

He further indicated a bio-digester is presently under construction to be utilized for gas production for the prison.

“A generous individual is currently building a bio-digester for the prison. So, we will no longer be extracting more of the human excreta. The product from the bio-digester will be used for biogas production. This could be used in cooking for the inmates,” added Mr. Fenning.