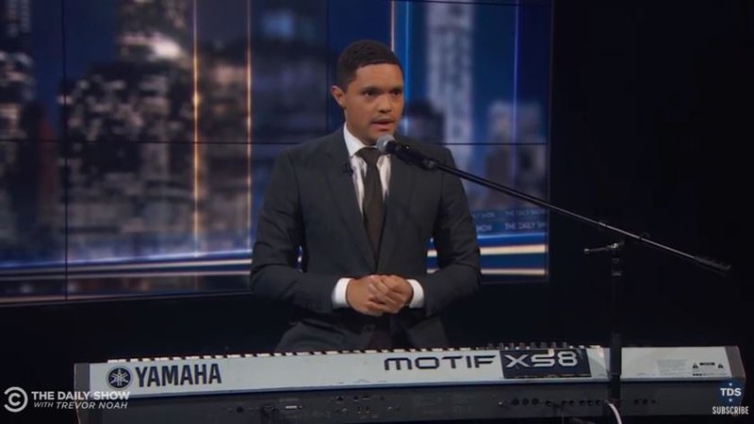 Trevor Noah busted a move Donald Trump-style to celebrate the possibility that the president might leave the country.

At the crowded campaign rallies Trump’s been holding around the country, he’s taken to performing a little dance that has been lighting up social media.

“Unlike the country he’s supposed to be running, Trump is having a blast right now. He’s got his job, he’s got his health and he gets to throw parties with his friends. Hell, he’s even been breaking out some dance moves. Or whatever this was supposed to be,” Noah said on “The Daily Show” Tuesday night.

“This is all of the classic bad dance moves back to back,” he added.

Noah also couldn’t help but break out the moves himself when he revealed that Trump threatened to leave the country if he loses the election.

Watch his response at the end of “The Daily Show” segment below: