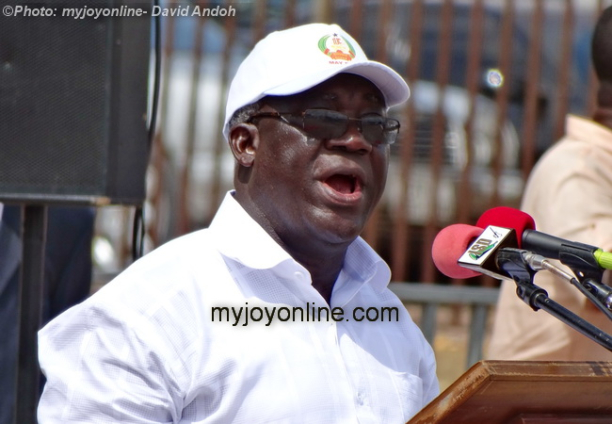 The Trades Union Congress (TUC) has warned government and the Public Utilities Regulatory Commission (PURC) to reverse recent hikes in utilities or face its wrath.

In a strongly worded statement, the TUC maintained that the cedi's exchange rate gains should have been incorporated into the recent pricing formula to reflect a reduction instead of an increase.

The recent price hikes have been met with public outcry.

Cost of electricity went up by 6.54 percent while that of water increased by 4.54 percent.

However, the new cost for water will not take effect because the PURC says it is still waiting for the distributors to meet certain regulatory requirements.

The TUC General Secretary said the timing for the utility price hikes was bad.

"We are asking the PURC to as quickly as possible reverse [the new rates]", Kofi Asamoah said.

He revealed that the union had been meeting on what action to take, assuring that the public would soon be made aware of what decision the TUC has taken.

But Public Affairs Director of the PURC, Nana Yaa Gyantuah, said she was surprised by the TUC's reaction.

"TUC was one of the key stakeholders that said that we (PURC) should implement the Automatic Adjustment Formula and stick to it religiously", she said.

Although the price of crude and the cedi-dollar exchange rates are currently favourable, PURC says these were not captured because figures of these factors were not good at the time it had to adjust the price of utilities.