U-20 AFCON: Ghana qualify despite finishing third after Gambia loss 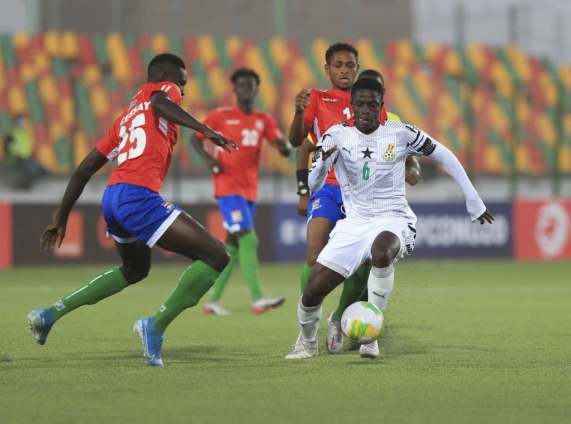 Ghana have qualified to the quarter-finals of the 2021 Africa U-20 Cup of Nations despite losing their final group game 2-1 against Gambia on Monday night.

The Black Satellites qualify as one of the two best third-placed teams and will face Cameroon in the knockout stage.

Karim Zito’s side started brightly. Abdul Fatawu Issahaku fired the ball brilliantly into the net from about 25 yards in the 9th minute.

Gambia pushed for the equalizer and earned it in the 16th minute. Kajally Drammeh smartly got on the blindside of Ghana’s centre-backs and nodded in a perfectly weighted cross.

After drawing level, Gambia took control of the match, creating a number of chances.

In the 34th minute, Lamarana Jallow completed the turnaround with a low driven free-kick from the edge of the area.

Ghana got close to levelling matters a few minutes later. A good cut back found an open Percious Boah who fired straight at the opposition goalkeeper.

In the latter part of the second half, the Black Satellites pushed forward desperately for a goal.

They were given a lifeline after Camara was sent off in the 83rd minute for time-wasting.

Despite a strong push from Ghana after the incident, Gambia were able to hold on for the victory.

Ghana have secured qualification to the quarterfinal as one of the best third placed teams. Gambia have also qualified in second place.