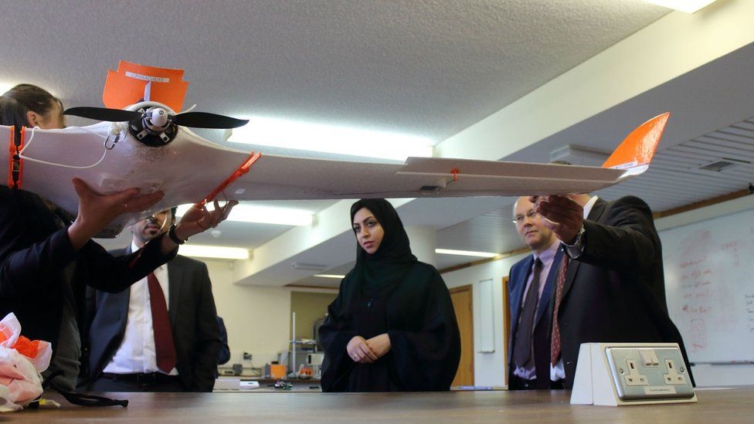 Drones that fly into clouds, giving them an electric shock to “cajole them” into producing rain, are about to be tested in the United Arab Emirates.

But with average rainfall in the UAE at just 100mm per year, the country wants to generate more.

Scientists at the University of Reading are heading one of them.

The project aims to change the balance of electrical charge on cloud droplets, explained Prof Maarten Ambaum, who worked on the project.

“The water table is sinking drastically in [the] UAE and the purpose of this is to try to help with rainfall,” he told the BBC.

The country does, though, “have plenty of clouds”, so the plan is to persuade the water droplets in them to merge and stick together, “like dry hair to a comb” when it meets static electricity, he said.

“When the drops merge and are big enough, they will fall as rain.”

Alya Al-Mazroui, director of the UAE’s rain-enhancement science-research program, told Arab News: “Equipped with a payload of electric-charge emission instruments and customised sensors, these drones will fly at low altitudes and deliver an electric charge to air molecules, which should encourage precipitation.”

The study will then be evaluated, with the hope of more funding for a larger aircraft to deliver the payload in future.

DISCLAIMER: The Views, Comments, Opinions, Contributions and Statements made by Readers and Contributors on this platform do not necessarily represent the views or policy of Multimedia Group Limited.
Tags:
Medical drones
Rainfall
United Arab Emirates