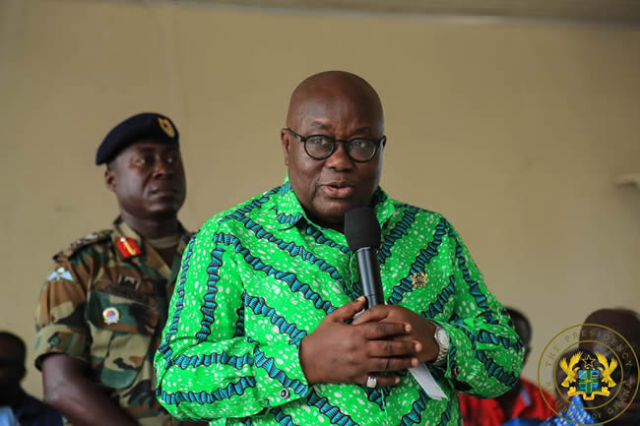 The University of Cape Coast (UCC) and the Cape Coast Technical University (CCTU) have expressed their readiness to absorb the anticipated huge numbers of free Senior High School (SHS) graduates this year.

But the two universities want government to help them complete some GETFund projects which are at various stages of completion to ensure a smooth intake of the Free SHS products.

According to UCC and the CCTU authorities, some of the projects, if supported to be completed, would be critical to the successful intake of the expected numbers of prospective students from the batch of the Free SHS programme.

This issue of the preparedness of UCC and the Cape Coast Technical University to absorb the first batch of the Free SHS students came up when the Minister of State in-Charge of Tertiary Education, Prof Kwesi Yankah paid a working visit to the two institutions.

At the University of Cape Coast, Prof. Yankah inspected the construction of a 4,600-capacity lecture theatre and a 25-unit three-storey lecture theatre funded by the Internal Generated Funds (IGF) of the university.

He also inspected the construction of classroom blocks, laboratories and library at the medical School being funded by GETFund and expressed the commitment of the Government to complete the abandoned projects to ensure a smooth take-off of the much anticipated 2020 admissions.

In all, there are 14 ongoing GETFund projects at the two Universities: 11 at UCC and three at the CCTU but many of them have stalled for several months due to lack of funds.

They include; the construction of classroom blocks at the university’s medical school, construction of laboratories at the faculty of science annex, School of Business and the library.

The Minister praised UCC for the several initiatives undertaken in preparation for the 2020 admissions in-spite of the challenges with respect to stalled GETFund projects.

“The university has used its IGF optimally to good effect to offset what would have been a huge infrastructural deficit. The extent the university has gone ahead in putting up two major monumental classroom blocks is commendable and gives a sense of relief with respect to infrastructure”, he said.

Vice-Chancellor of the University of Cape Coast, Prof Joseph Ghartey-Ampiah, indicated the university would do all it can to position itself to admit absorb the first batch of students from the Free SHS program.

“We have since constructed 9,600 capacity lecture theatres,” he hinted.

At the CCTU, the Minister inspected all three GETFund projects: a 2,000-capacity auditorium for the university, a laboratory and a mechanical engineering block.

Vice-Chancellor of CCTU, Prof Joshua Danso Owusu-Sekyere, said the university expected its intake to quadruple with the influx of free SHS graduates in August this year, but stressed that it could be overstretched beyond its limit if its accommodation challenges were not addressed.