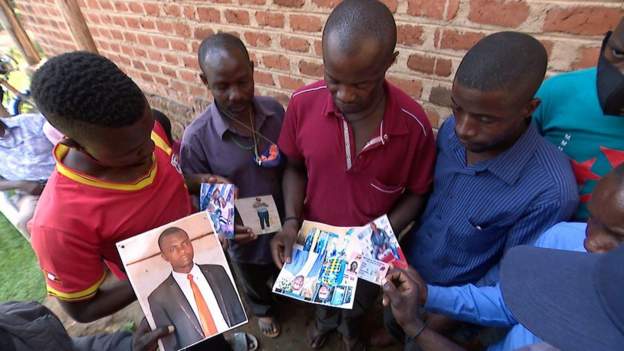 Eighteen men who were believed to have been held by Uganda’s security services have been freed and allowed to return to their villages.

The men were arrested in the run-up to the elections in January and said they did not know where they were held.

It is believed that hundreds of opposition activists and campaigners from across the country were picked up during the election campaign.

The government admits it is holding more than 200 people on charges related to violent acts during the elections, but many still remain unaccounted for and are believed to be still in the hands of the security services.

After their release, some of the men told the BBC that they had been dumped by security services in different parts of Kyotera district, south of Kampala, late on Monday night.

One of the men, John Kiwanuka, was thought to be dead as a significant amount of blood was found in his bedroom after his arrest in January.

Those freed on Monday were not among the 200 the government has admitted to holding – on charges of participating in protests or for alleged possession of military materials.