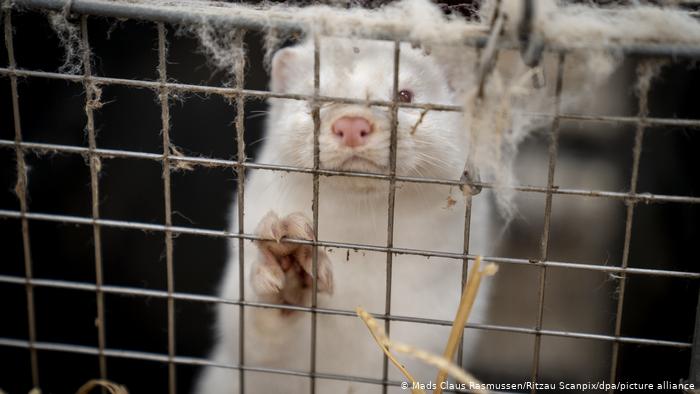 All non-residents coming from Denmark will no longer be allowed into the UK, the government announced. Denmark ordered a nationwide mink cull after a mutated version of the coronavirus was transmitted to humans.

The United Kingdom issued an immediate travel ban for all non-residents traveling from Denmark following outbreaks of a mutated version of the coronavirus at Danish mink farms.

From 4am on 7 November, British Nationals or residents who are returning to the UK directly or indirectly from Denmark will need to self-isolate with other members of their household until two weeks have passed since they were last in Denmark.

Under the new rules, British citizens and permanent residents returning from Denmark — either directly or indirectly — will need to quarantine with others in their household for 14 days.

The ban does not apply to freight drivers and other transporters. The restrictions will be reviewed after a week.

On Wednesday, Denmark announced that a mutated version of the coronavirus had been transmitted from minks to humans, infecting 12 people in the north of the country.

Danish officials warned that the mutated strain could threaten the effectiveness of any future COVID-19 vaccine.

The World Health Organization (WHO) has said there is currently no evidence that any of the known coronavirus mutations pose an increased threat to humans.

The Danish government, however, defended the strict order to slaughter the country’s farmed minks, saying it would not take any risk.

Denmark’s infections diseases institute has identified five variants of the virus stemming from mink, but only one, known as cluster 5, showed “reduced sensitivity” towards antibodies.

There have been several cases of coronavirus outbreaks at mink farms in the Netherlands as well, which prompted 100 farms to temporarily shut in late August.