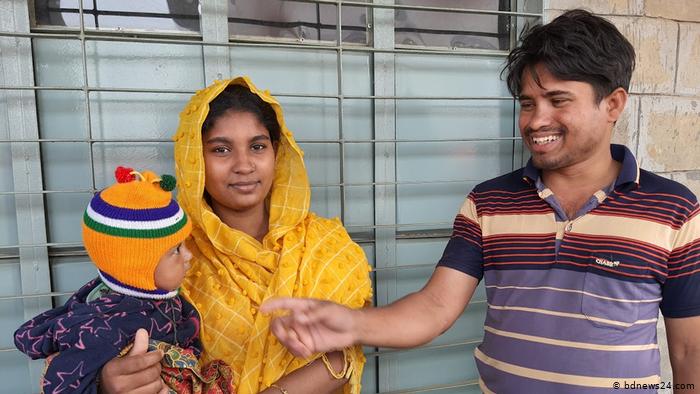 Bangladesh has transferred hundreds of Rohingya refugees to Bhashan Char, a low-lying island prone to cyclones and floods. The move comes amid criticism from international aid groups.

The UN urged Bangladesh on Thursday to allow officials to inspect a remote island where the government shipped 1,600 Rohingya refugees last week.

Bangladeshi naval vessels began the transfers on December 4 despite some reports saying that they forced to refugees to go.

The global body says its staff are being prevented from visiting Bhasan Char in the Bay of Bengal.

Thomas Andrews, the UN human rights investigator to Myanmar, said in a statement the assessment and verification process were in the “best interest of all.”

“They will assure the government of Bangladesh of the suitability of Bhasan Char to host refugees or identify changes that might be necessary,” he said. “It will also assure that the government’s policy of strict voluntary relocation to Bhasan Char is, indeed, being faithfully carried out.”

US State Department spokesman Cale Brown backed the UN’s call and urged that any transfers be “fully voluntary and based on informed consent without pressure or coercion.”

The Bangladeshi government says no-one is being forcibly transferred, saying the relocations are necessary to ease chronic overcrowding.

More than 1 million Rohingya, members of a Muslim minority who have fled neighboring Myanmar, live in refugee camps there.

But refugees and humanitarian workers say some of the Rohingya have been coerced into going to the island, which emerged from the sea 20 years ago.