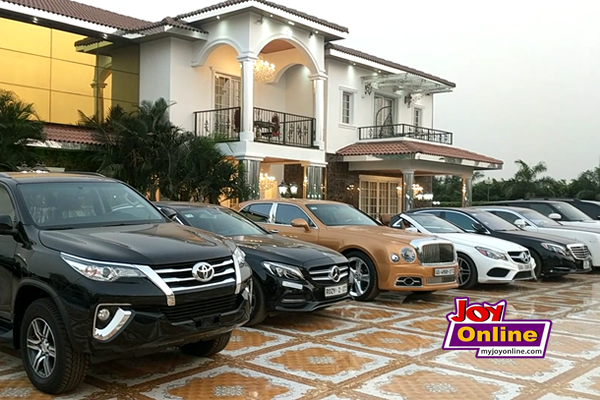 Embattled Chief Executive of gold dealership, Menzgold Ghana Limited has made a passionate appeal to government to unfreeze his personal and companies’ assets.

According to Nana Appiah Mensah popularly known as NAM1, he can only meet his obligation to the thousands of Menzgold customers if the embargo on the accounts is dropped.

“So we are lying prostrate and just appealing,” the businessman said at his first press briefing after his release from police custody.

“As of now, Brew Marketing Consult, Menzgold and I cannot credit or debit any bank account in Ghana. This is why it is highly imperative to consider this kind request, as I believe government shares in our resolve and would do all that which is needful in our quest to satisfy the populace, who are our customers,” Mr Appiah said.

In January this year, the Economic and Organised Crime Office (EOCO), secured a court order confirming the freezing of assets of Menzgold and other related businesses belonging to NAM 1.

Head of EOCO’s Public Affairs unit, Jacquline Avotri, advised family members of the wanted fugitive as well as associates in possession of such properties to submit them to their EOCO in their own interest.

The statement warns that “Failure to do so will constitute contempt of court which will attract the appropriate sanctions.”

NAM 1 who was arrested in the UAE in December 2018, for allegedly defrauding a business partner, was declared a wanted man by a Circuit Court in Accra.

It follows similar accusations by some 60,000 persons who invested in his Menzgold firm, which has been described as experts as a Ponzi scheme.

In July, Nana Appiah Mensah returned home after it was reported that he won the case and was released from detention.

He returned to Ghana amid reports that he was awarded some $39 million.

Upon his return to Ghana, Mr Appiah was arraigned before court for fraud.

His customers have, however, demanded that government stops the court proceedings and sets up a committee consisting the customers, government officials and Menzgold management.