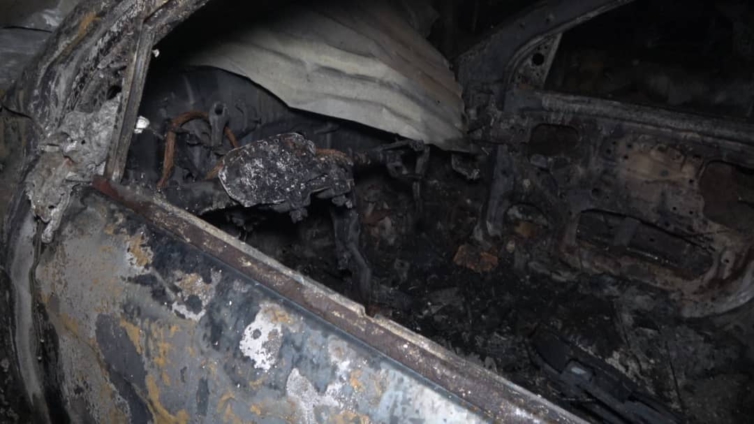 Fire has swept through a mechanic shop and warehouse at Weija Brigade in the Ga South Municipality.

The inferno, which occurred around 9 pm last Friday, destroyed several vehicles, car engines and other properties running into hundreds of thousands.

According to eyewitnesses, several vehicles belonging to customers of the mechanic shop, which also serves as a warehouse, were destroyed by the inferno.

But the timely intervention of Fire Officers from the Weija Fire Station prevented the fire from spreading to other residential properties.

According to the leader of the fire officers at the scene, ADO 2 Eric Duffuor, investigations have commenced into the incident to unravel the cause of the fire.

“We are still gathering our information about the cause of the fire.  When we got there, both gates were locked, so we had to pitch our ladders on the gate before being able to fight the fire. The fire was spreading, but with the crew, we contained the fire… If you have to leave your shop, the advice is that put everything off before you go out.”

The Managing Director of the mechanic shop, Daniel Kwesi Boadu, said he had lost over ¢600,000 to the fire.

“So far, we’ve lost over ¢600,000 worth of items. The place has been insured, so we are seeing what will be done. At least five cars were burnt. As for engines, car seats, suspensions, sunroofs, we’ve lost a lot of them,” he said.

Another shop owner believes the fire was caused by an electrical issue.

“I was home when one of my boys called me that there was an outbreak. So we called the National Fire Service, and they came. I am told that it started from where our meter was.

“There was a power cut, so the voltage increased and sparked the fire when the light came back. We had a lot of things, including cars and vehicle parts. We have lost a lot of machines and our structures,” he lamented.