Victim of electoral violence calls for peace ahead Dec. 7 polls 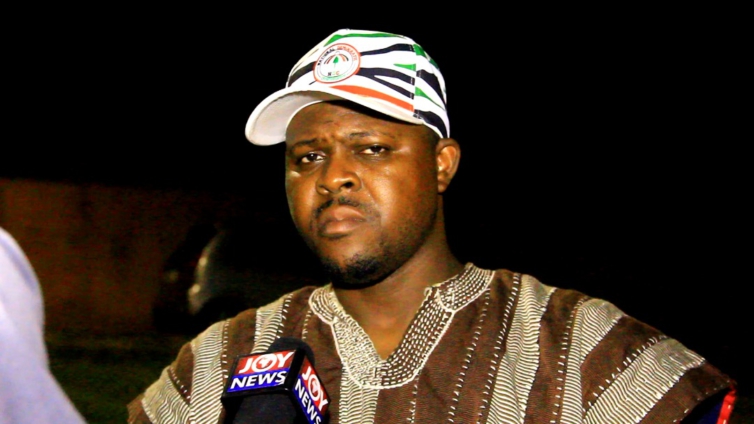 When Joshua Kwame Fugah drove out of his home on December 7, 2012, he had no idea that he would be a victim of electoral violence.

For him, he was exercising his civil responsibility until he was falsely accused of snatching a ballot box.

According to him, he left his home to observe electoral proceedings at Oforikrom constituency of the Ashanti Region.

However, he was beaten to the pulp by some party supporters which has since changed his fate.

Mr Fugah, who at the time was a banker was falsely accused of being paid by a political party to steal a ballot box after supporters of one of Ghana’s dominating parties [he refused to reveal] had a hint that the opposing party has an intention of disrupting the electoral process.

Joshua, who had no idea what was happening at the time drove past the group unbothered until they charge towards him. Then, he became alarmed and sped off.

Unfortunately, luck eluded him, when his car tyres were deflated.

“I was left with no option but to run for my life, I ran across the Ayeduase Street and entered a nearby house but they turned me away saying ‘go for them to kill you’,” he added.

Kwame Fugah was eventually caught and beaten to the pulp until the police intervened.

“Faintly, I heard them say, ‘let’s leave him, he is dead and the police are coming.’”

“I was semi-conscious. I felt I was being carried away and they took me to KNUST police station and handcuffed me despite the fact that I was the victim. In fact, it was by God’s grace that I survived.”

“I had a deep cut in my skull and when my dad came, I overhead him questioning the police for locking me up despite my condition. He then removed his shirt to cover my head and I felt life was coming back to me instantly. That simple act saved my life.”

The banker was subsequently sent to the Komfo Anokye Teaching Hospital Special Ward where he received treatment until he recovered.

But till date he is still reminded of the incident since he is subjected to a quarterly CT scan to ensure that he is healthy.

Kwame Fugah also added that the predicament did not only leave scars on him but also took a toll on his job.

According to him, his employers questioned his decision to monitor electoral proceedings as a banker.

But for him, he was only performing his civic duty by observing and participating in the electoral process.

“Although I was a victim, it affected my career badly; my employers classified me as politically exposed person,” he said.

So as the country gears up for the 2020 elections on Monday, Kwame Fugah is entreating electorates to let love lead, and eschew acts that breach the peace.

A lot of people have been victims of electoral violence.

Some have died. Some are still alive, but perhaps with imprinted injuries.

Kwame Fugah is of the view that political violence can only end by absolute political will. This means political parties must treasure human life to electoral victory.

“Some people are actually benefiting from election violence, and they don’t like it when people preach against it, because that is their strength.

“We are pleading with the media; the fourth arm of government, to circulate the information that election violence is needless. And I think the NCCE who are responsible to go down and educate people should up their game. They should let the people understand that, election is not about violence but sharing of ideas and opinions; and conflict of ideas should not result to intimidation and assault,” he advised.

He also added, “You and I have an obligation to tell the good people of Ghana, especially those in political leadership,  that election violence is not the solution.”

“Violence is not an option,” he concludes.

DISCLAIMER: The Views, Comments, Opinions, Contributions and Statements made by Readers and Contributors on this platform do not necessarily represent the views or policy of Multimedia Group Limited.
Tags:
Electoral violence
Victim of Electoral violence