Legal practitioner, Ace Anan Ankomah and gospel musician Helen Yawson, were spotted at the Heathrow Airport in London on Sunday, entertaining some passengers of British Airways (BA) with music.

Whilst Ace punched the black and white keys and nodded in synch with Helen's voice that instantly composed a song around the situation they found themselves, it turned out that, the passengers, including the two entertainers, were stranded and bored after their flight from London to Accra, had been delayed for about three hours. 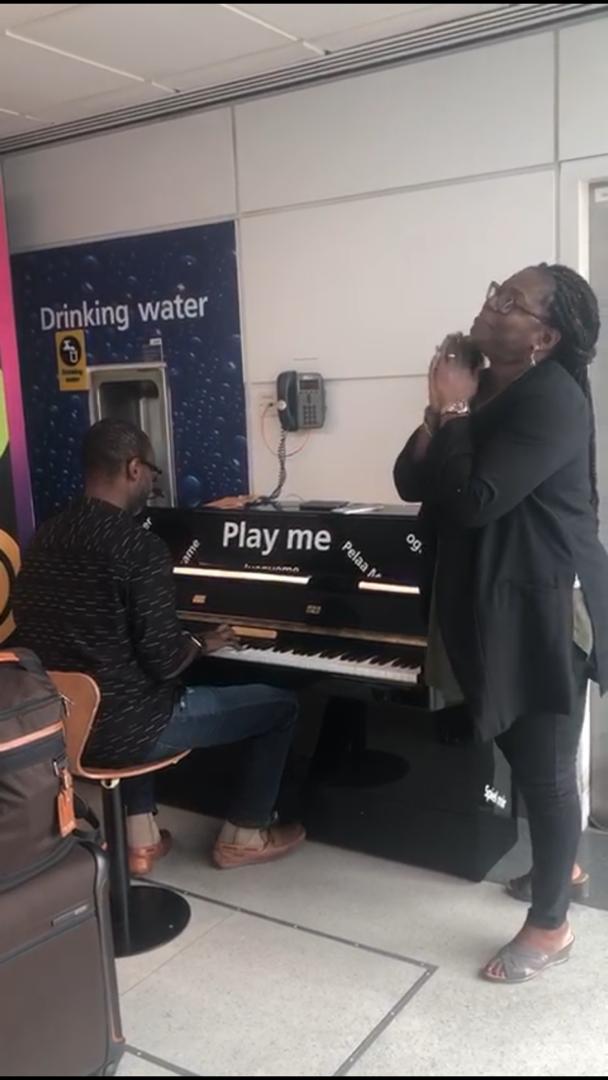 Below is Ace Ankomah's explanation

Lemme report myself. So on Sunday BA delayed our flight home from Heathrow by about 3 hours, claiming that the inbound plane had been struck by lightning. People were angry. A little bit loud protest started. Turned out Helen Yawson, gospel super diva, was also on the flight with her hubby Pastor Andy Yawson. We saw a piano and did an impromptu song of protest at the gate. Call it a Rant-in-Melody. People started filming. Everyone had a good laugh at BA. Calmed nerves. Flight called later. We got home late but safely. ðŸ¤¦ðŸ¾‍â™‚

[UPDATE: I just saw a mail from BA from yesterday, 6th May:

We wanted to take the opportunity to apologise for the delay to your flight from London Heathrow to Accra. We know how frustrating this must have been for you, although we hope you were kept informed by our colleagues at Heathrow that the original aircraft operating your flight suffered damage prior to departure and while we were able to substitute it for another aircraft, this resulted in the delay to your flight. We would never operate a flight unless it was completely safe to do so and want to thank you for your patience during this delay.

We don’t underestimate the disruption to your travel plans and we appreciate this isn’t what you expect when you travel with us. We’d like to reassure you that we remain passionate about our airline and the service we offer our customers. We’re committed to investing in our airline and we’re delivering improvements all the time, we hope to welcome you back onboard to show you some of these positive changes soon. 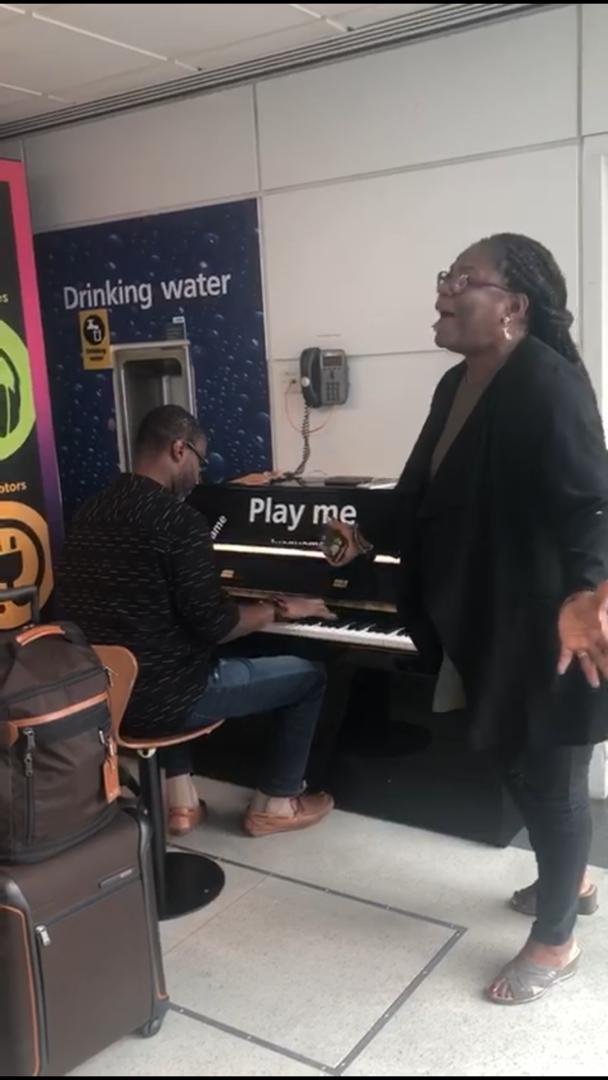