Waste collection in Accra to be digitised - MyJoyOnline.com

Waste collection in Accra to be digitised 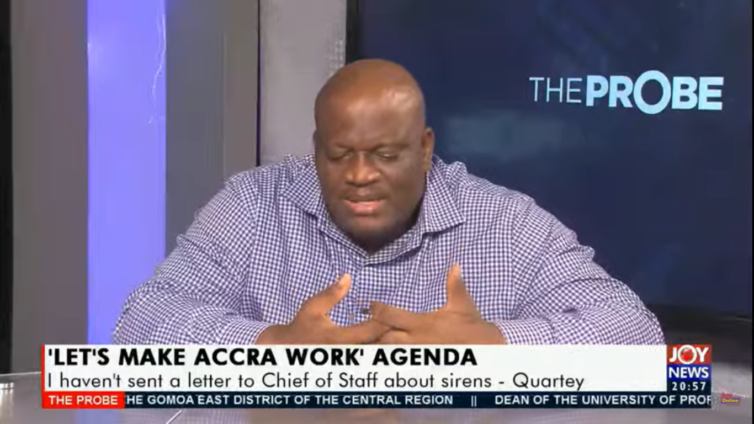 The Greater Accra Regional Minister, Henry Quartey has stated that waste collection in Accra will soon be digitised.

Mr Quartey announced this at a press conference on ‘Operation Clean Your Frontage’ as part of the ‘Make Accra Work Again’ agenda. He stated at the event, which was held at the Black Star Square on Wednesday that, call centers will be established with toll free lines to respond to sanitation-related complaints.

“Rubbish collection in Accra is going digital. We would establish call centers with toll-free lines to receive calls and complaints from sanitation informants,”

The Greater Accra Regional Minister added that, the Attorney General is being engaged with regard to the ‘Make Accra work again’ agenda to introduce an appropriate sanctioning regime.

“We are engaging the Attorney General to find a way to include community services in the sentence regime to ensure that we do not congest the courts with sanitation issues. We are offering 2 or rather 3 months moratorium for public education and mass sensitization of the public.”

This initiative forms part of the “make Accra work again” agenda that seeks to ensure that Accra becomes one of the cleanest cities in West Africa.