We are committed to delivering peaceful election – EC Deputy Chair 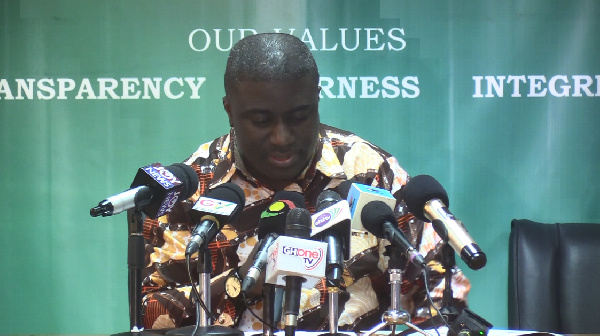 The Deputy Chairperson of the Electoral Commission (EC), Dr Bossman Asare has indicated that the Commission has put in place measures to ensure a peaceful election come December 7.

According to Dr Bossman Asare, the EC will work with a special election taskforce under the leadership of the IGP to deploy security agents at all polling stations in order to prevent any acts of violence in the upcoming general elections.

“The Commission is committed to ensuring a peaceful election and has therefore taken extra measures in providing security at all polling stations.

“In view of this, the Commission has collaborated with the Election Security Taskforce under the leadership of the Inspector General of Police (IGP) to carefully and adequately train security personnel to be deployed at all polling stations,” he stated.

The EC Deputy Chair mentioned that areas prone to violence have been noted and measures instituted to curb any unrest that may come up.

“Constituencies mapped with potential flashpoints or hotspots have been outlined to guide the course and agenda of ensuring peace and safety before, during and after the 2020 general election,” he mentioned.

He further added that depending on the intelligence received on a constituency, there would be extra security in addition to the patrol team that will be deployed by the Taskforce.

Dr Bossman Asare said that the general public and electorates will be educated on their rights, responsibilities and offences in the electoral laws of the state.

“Electoral offences stated in the electoral laws will be projected to the public and electorates via our official website, social media handles and our interactions with the media and educational posters,” he stated.

He indicated that each polling station would be provided with six officials that include a presiding officer, verification and name referencing officers, ballot issuers’ for the presidential and parliamentary election and a Covid-19 ambassador.