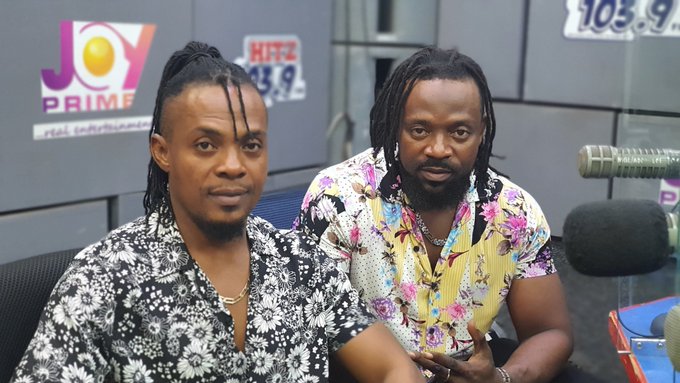 Veteran music duo, FBS, has revealed that they do not regret involving themselves into politics.

According to them, they do not regret their decision. They also talked about their relationship with the former president.

“We supported Mahama and we do not regret it at all. He is a brother and a father. He had a rapport with him and that’s why we rallied behind him,” Abbas of FBS said.

The ‘Oluman Boogie’ hitmakers mentioned that even though they had a very good relationship with the former president, they were paid for the service they rendered him during his campaign.

“We met him through friendship and the money followed later. He is a good man and we liked him,” said Abbas of FBS.

Although the duo openly supported John Mahama and the NDC in past elections, they claim to be very open to other parties who may need their services as musicians. According to them, they support positivity.

“We support positivity. If NPP were doing something positive and wanted our assistance we would support them. It’s a job. We will only do it if the money is good,” Abbas noted.

The duo is currently back doing active music after over 2 decades of absence. They are currently promoting their latest single ‘Jo’ which features Mr. Drew.

‘Jo’ is the official bounce-back song by FBS into action for what they’re best known for; style of making music, aggressive stage energy, unique abilities, and creativity in showmanship and stagecraft.

There has been a high demand for the comeback of the most energetic and versatile Ghanaian hiplife music duo, Abass Habibu and Aminu Shaibu Habibu, together known as FBS, after their surprise and stellar performance with Mr Drew at this year’s VGMA23.

Though they were missing from the music scene in Ghana for close to a decade, they were busily on a mission, touring the globe to showcase their craft to the world on a large scale and put Ghana on the map.