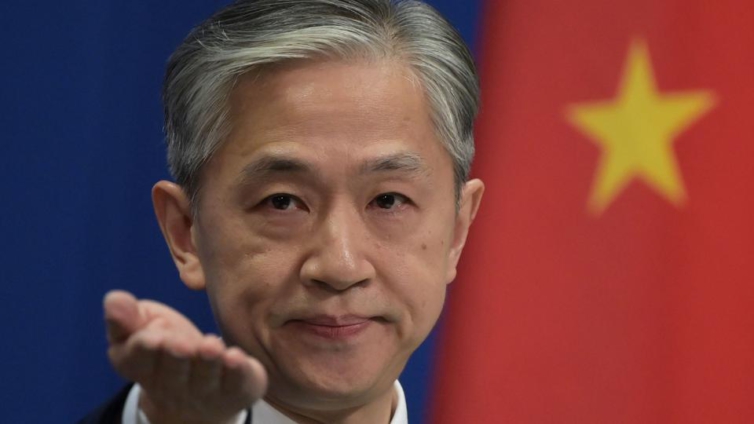 Nearly a week after media outlets projected Joe Biden as the next U.S. president, China extended a cautious acknowledgement of the result on Friday as it joined a growing list of nations and world leaders to congratulate him, as well as Vice President-elect Kamala Harris, on their election win.

Beijing’s Foreign Ministry spokesperson Wang Wenbin told reporters at a daily briefing on Friday: “We have been following the reaction on this U.S. presidential election from both within the United States and from the international community,” Bloomberg reported.

He added: “We respect the choice of the American people…We congratulate Mr. Biden and Ms. Harris.”

In reference to the Trump administration’s legal challenges and refusal to acknowledge Biden’s projected win, the spokesperson said Beijing understood the “result of the U.S. presidential election will be determined following the U.S. laws and procedures.”

China’s President Xi Jinping, who acknowledged Trump’s 2016 win within hours, has yet to publicly acknowledge the Democratic win.

The leaders of countries including Russia, Turkey, and Brazil are also yet to publicly acknowledge Biden and Harris.

As Trump refuses to concede, Chinese state media have over the past week held back on expressing overt views on Biden’s win, veering between muted hope about future relations between the two nations, and focusing on broader reaction among Americans and world leaders.

It comes as the outgoing president’s tenure in the White House has been tough on China.

Trump’s foreign policy strategy will largely be defined by an antagonistic stance on China, as the world’s two largest economies battled it out over retaliatory trade tariffs on goods, as well as on the handling of the coronavirus pandemic.

The Trump administration has also accused China of intellectual property theft, cracked down on Chinese tech companies operating in the U.S. over national security concerns, and banning American firms from doing business with Chinese firms that support the nation’s military.

Experts predict that while Biden is unlikely to match Trump’s aggressive rhetoric towards China, policy-wise, he will still likely have a stern approach.

Biden is yet to reveal his plan towards China, but he has previously criticized the nation’s human rights abuses in Xinjiang and called President Xi a “thug” during the campaign.

Many of Trump’s legal challenges against the election results are falling through as courts are finding no evidence of Trump’s false claims about “voter fraud.”

DISCLAIMER: The Views, Comments, Opinions, Contributions and Statements made by Readers and Contributors on this platform do not necessarily represent the views or policy of Multimedia Group Limited.
Tags:
China
Joe Biden
US elections 2020