Wedding video of pastor who shot down wife surfaces online 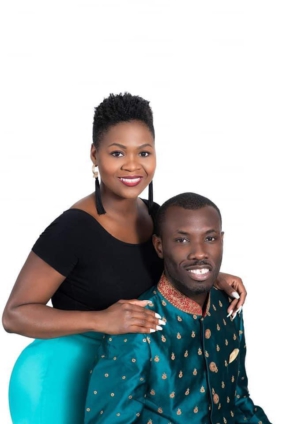 The wedding video of Sylvester Ofori and Barabara Tommey has surfaced online following the gruesome murder of Barbara 27, by her husband Sylvester 35.

The two were wedded five years ago in a beautiful ceremony at a plush estate in the United States.

The beautiful Barbara met Pastor Sylvester Ofori at a church service. Their bond strengthened when they learned they shared the same birthday.

However, their serendipitous union was not meant to last, as five years after, the two were embroiled in divorce proceedings.

Ofori is reported to have followed Barbara to her place of work and shot her in front of the building.

The gory act was captured on security cameras, which led to the subsequent identification and arrest of Ofori by the Orlando police.

Although there have been reports of him having been physically abusive in the marriage, it is unclear what triggered the pastor to murder his wife on that day.

The church over which Pastor Sylvester Ofori presides, Floodgates of Heaven International Ministries say they are devastated by their Pastor’s actions.

“We are all devastated. I have no words. I’m just devastated,” a representative of the church said.

She indicated that their church has not been meeting for in-person services recently as a result of the coronavirus pandemic, however prior to that, she “didn’t see any signs there was trouble” in their pastor’s marriage.

“I’m at a loss for words right now. I can’t even think about it,” she said, remembering the pastor’s wife as “a very beautiful person, inside and out.”