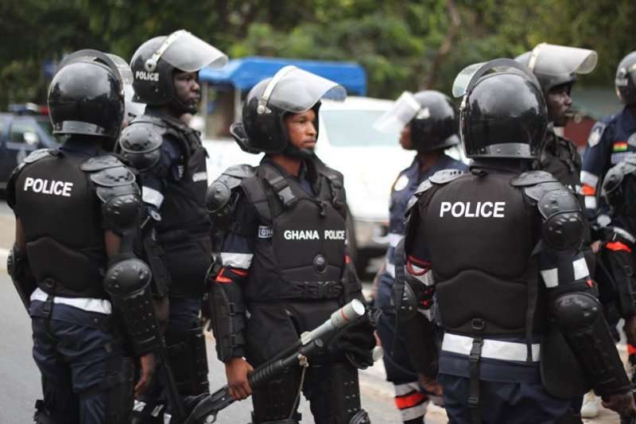 The Eastern Regional Police Command has declared a manhunt for persons alleged to have orchestrated the illegal demolition exercise at Pampaso Number 1, a community near Nsawam, on Sunday.

Currently, the Police has revealed it is pursuing one Kofi Acquah, whose name has been mentioned as the mastermind behind the act which led to the destruction of about 11 houses.

The Public Relations Officer (PRO) for the Command, DSP Ebenezer Tetteh, said the Police have taken charge of the situation and will sanction persons who would be found guilty.

He, therefore, pleaded with the angry residents to remain calm as the Police works to ensure justice is delivered.

““Police received information on the illegal demolition. Based on that, we proceeded quickly to the scene. Officers saw agitated people blocking the main Accra-Kumasi Highway. We pleaded with them to rescind the decision because of its repercussions.

“Investigations so far point to the fact that one Kofi Acquah is behind the illegal demolition and as soon as he is arrested, he will be taken through due processes of the law.

“We want to appeal to agitated residents not to take the law into their hands. They should remain calm because we will make sure we will get to the bottom of this matter,” he said in an interview with Citi FM.

On Monday, the residents blocked the Accra-Kumasi highway to protest the demolition of their homes.

According to them, men stormed the village in the middle of the night in the company of masked men, suspected to be land guards and started pulling down buildings.

The residents said the Chinese nationals who were responsible for the eviction say they have bought the town.

The incident displaced at least 20 persons who slept in the open on Sunday evening because their properties were vandalised.

“Our lights went off around 2 am, we thought it was the normal ECG issue and would be restored soon. All of a sudden, we heard gunshots. These men knocked on our doors, threw us out, and demolished our buildings.

“We don’t know what is going on. No one has told us anything,” a resident told JoyNews.

The residents subsequently, called on the Inspector-General of Police, Dr George Akuffo Dampare to investigate the issue.

“IGP Dampare since you came we’ve seen that you’ve changed the police force, please help us,” they pleaded.