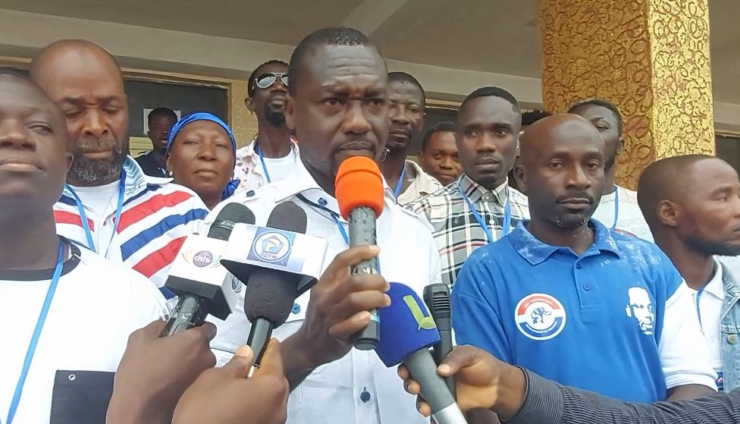 The newly-elected Constituency Chairman of the New Patriotic Party (NPP) for Manhyia South, Richard Adjei Mensah, has said that there will be resistance to the imposition of what he terms, unwarranted directives from regional executives.

Mr. Richard Mensah stated that punitive measures will be put in place to instill discipline.

According to him, no party member will be allowed to sabotage the Member of Parliament (MP), Dr Matthew Opoku Prempeh.

He pledged to rather ensure everyone works with him to enhance the Party’s fortunes in the upcoming elections.

“Everyone is aware that Dr. Matthew Opoku Prempeh, our MP, has performed very well. We all know he is one of the best Ministers. We share the same dreams.

“Whoever plans evil against him will face our wrath,” he told JoyNews after his electoral victory.

The elected executives say they are poised to ensure the ruling NPP retains power in the 2024 elections.

Mr. Richard Adjei Mensah stressed that any oppressive directives from regional executives of the Party will be resisted.

“There are some things that I wasn’t happy with when I was just a member. Some people from the region take decisions that affect constituencies negatively, this will not happen under my leadership.

“We will make sure the laws work. We will resist any attempt to impose certain decisions on us,” he added.

Some regional executives witnessed the conduct of the polls.