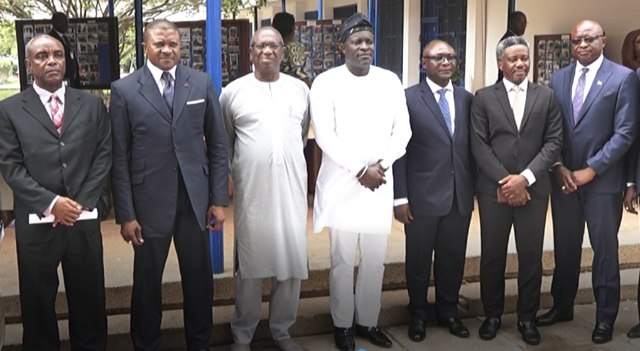 West African countries including Ghana have reaffirmed their resolve to improve maritime safety in the sub-region.

Dignitaries at the Regional Maritime University (RMU) 22nd Board of Governors meeting also expressed their commitment to ensuring a viable maritime economy.

Speaking at the event, Transport Minister for Cameroon, Ngalle Bihehe Ernest impressed on member states to deepen commitment to the Maritime University.

“The Maritime University is best respected for its excellence in training of students across the world and here in West Africa. A shored-up commitment to make this institution far stronger is very key,” he stated.

On his part, Transport Minister for the Gambia, Bai Manin Jobe explained that despite some security challenges in the maritime sector, the regional maritime university will be equipping students with needed skills to remain competitive.

According to him, “The Regional Maritime University keeps getting stronger by the years. We must invest more to experience real time impact on the blue economy”.

The 22nd meeting of the Board of Governors was climaxed by the 13th congregation which saw the former president John Agyekum Kufuor conferred Honorary Doctorate as well as the President of Sierra Leone, Julius Maada Bio.

President Maada Bio received the Honorary Degree in recognition of the country's commitment as one of the five founding member states to the growth and progress of the RMU since the signing of the Headquarters Agreement in 1983.

Former Rector of the RMU, Capt Aaron Obeng Turkson, was also awarded the Degree of Honorary Doctor of Maritime Affairs, Honoris Causa for his dedication to the RMU as a lecturer and by dint of hard work, rising through the ranks to the high office of Rector in 2000.

In all, a total of 396 students graduated with bachelor's degrees and diploma in various fields including 329 bachelors and 67 diplomas.