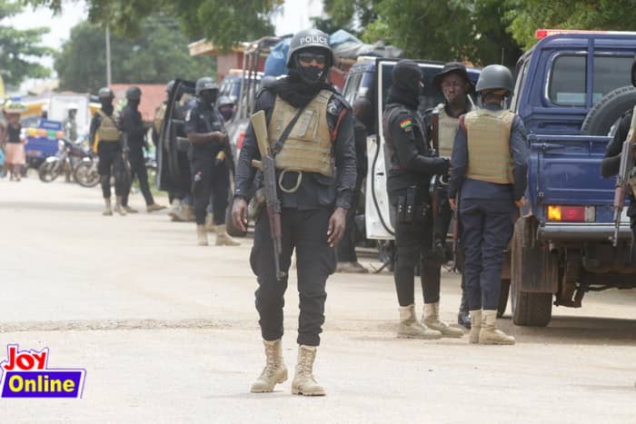 Security analyst, Colonel Festus Aboagye (Rtd), says although the nation’s security forces have been successful in subduing the efforts of the Western Togoland Restoration Front, the secessionists have won the battle on the information front.

He blamed this on government’s silence in firmly and resolutely addressing the matter.

According to him, a response to the matter by the Defense Minister to Friday’s occurrence in the Volta Region is inadequate and inappropriate, considering the gravity of the matter at hand.

He believes that a higher government official should speak to the issue in order to assure Ghanaians that the situation is indeed under control.

“It is not sufficient for the Ministry of Defence not to respond to this development since 2017. There must be a very high level political statement that frames the issue, and then after that maybe some of the other security services could deal with some operational aspects,” he said.

In the early hours of Friday morning, separatists, the Western Togoland Restoration Front staged a simultaneous attack on 2 police stations in Mepe and Aveyime, making away with ammunitions and taking into custody 3 policemen.

They later mounted roadblocks on major highways in the Volta Region and called for round table consultations with the Ghanaian government and facilitators from the UN to fully declare their sovereignty.

However, national security personnel were quick to quell the insurgency and the secessionists were subsequently arrested.

Speaking on JoyNews’ PM Express, Colonel Festus Aboagye (Rtd) explained that it was absolutely necessary for either the President or any other political actor in the upper echelons of government to address the situation and frame the issue in a manner that explains exactly what government’s stance on the situation is.

According to him, Ghanaians do not need to be given a detailed breakdown of government’s execution plan, however, public knowledge of an overview of the country’s overall security and political objectives on the issue is essential.

He further bemoaned the fact that government’s silent approach towards the matter could be detrimental to the country.

“But this silence since March 2017 is creating more harm and as I said in the morning that a component of this situation of this battle is the information war or the information campaign.