What happens to ‘Gucci Grace’ now that Robert Mugabe is gone?

Zimbabweans may have mixed feelings about the death of Robert Mugabe: in the end, he was a brutal despot who left his country divided and impoverished. But he was also the founding father of the nation who put an end to white minority rule.

Grace Mugabe, 54, doesn’t share the complex legacy of her husband. She’s unpopular in many corners, and now that her husband is dead, her assets and future in the country could even be at risk.

It’s a dramatic turnaround for Zimbabwe’s former first lady, whose ambition to take her husband’s job was cut short in 2017 during an apparent coup that she was the catalyst for.

Grace married Robert Mugabe in a lavish ceremony in 1996, following the death of his first wife Sally from kidney disease four years earlier. While Mugabe was still married to Sally, Grace bore him two children, but their relationship was kept secret from the Zimbabwean people. They had a third child in wedlock.

By then, Mugabe’s revered status as liberator of Zimbabwe was a distant memory. His turn towards despotism emerged in 1983, when he sent the North Korean-trained 5th Brigade to crush dissent in Bulawayo, massacring tens of thousands of Zimbabwean citizens.

Mugabe and his family started to run the country as their own fiefdom; his wife evolved into a figure of fun, with her Imelda Marcos-like shopping trips in European capitals earning her the moniker “Gucci Grace.” 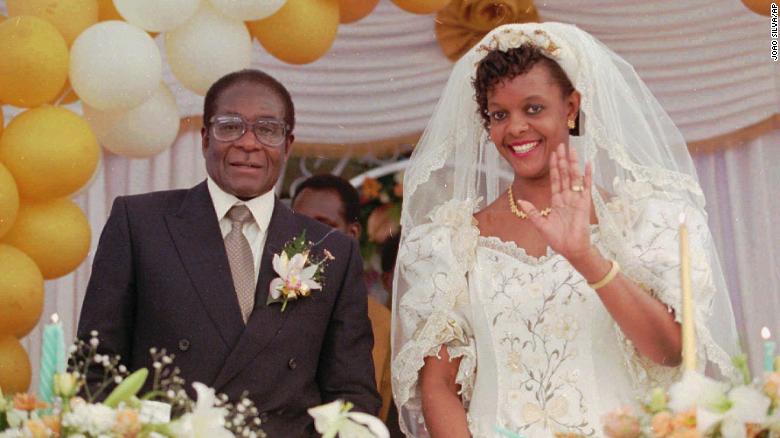 Her profligate spending continued through the late 2000s, at the same as the country’s economy went into free fall. By 2014, as Grace’s political ambitions began to emerge, her husband was keen to lend his backing.

Eyebrows were first raised when Grace, not known for her academic skills, was awarded a doctorate by the University of Zimbabwe.

She then took over the ruling Zanu-PF’s powerful women’s wing — a position that gave her a seat at the heart of the party’s all-powerful decision-making body, the politburo.

And in spite of her political inexperience, Grace told a rally that she wanted to become president.

She went on to campaign against political rivals, even succeeding in sidelining some of them, including former Vice President Joice Mujuru and seven other government ministers. 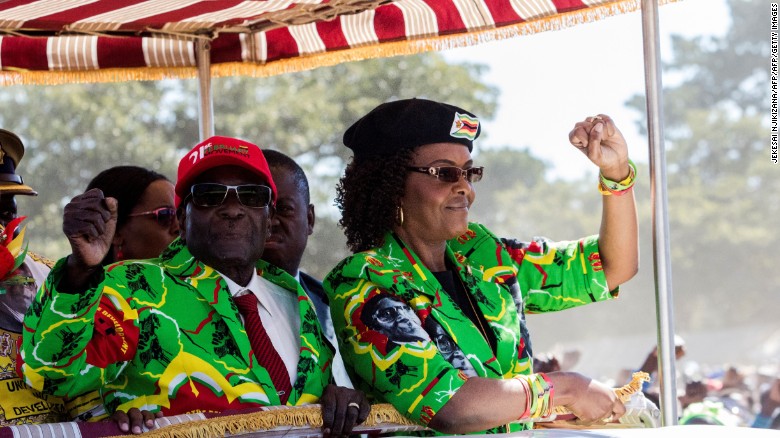 But her biggest mistake was moving against then-vice president Emmerson Mnangagwa, Mugabe’s right-hand man, who had a strong following in Zimbabwe’s military and among the war veterans who fought in the liberation struggle.

She publicly humiliated Mnangagwa, known as the “Crocodile” for his well-honed survival skills. At one political rally, she told supporters that Mnangagwa had to “stop it.” This line became her way of admonishing those she perceived to be trying to take over her husband’s job. She saw plots everywhere.

But by 2017, the Zimbabwean army had enough. Alarmed by Mnangagwa’s sacking as vice president and Grace’s ever-growing grip on power (if you wanted to get in touch with Mugabe at the time, you had to go through the First Lady’s office), the army put Mugabe and Grace under house arrest.

By November that year, Mugabe had resigned and Grace’s political career had bitten the dust. Now many of the same people she targeted from 2014 are in power and the knives are slowly being sharpened.

But Grace continued to draw controversy. In 2018 she fell foul of South African authorities over the alleged assault of a model in August 2017 with an extension cord. Her diplomatic immunity saved her from prosecution at the time.

Grace denied attacking the model and said she was protecting her son from a “drunken young woman,” according to a 2017 deposition seen by Reuters.

CNN was unable to reach Grace Mugabe for comment.

Once Mugabe’s funeral is over, and the wreaths are taken away, Grace may find herself exposed on all fronts.

Mnangagwa has initiated an anti-corruption commission that has seen several former Mugabe loyalists face investigations. Grace may well be asked to account for the source of her wealth now that Mugabe has gone.

The best solution for Grace now may well be perhaps to live out her days in Singapore, where Mugabe died, and far from the very people she tried to destroy.