Where is Trump now? - MyJoyOnline.com

Where is Trump now? 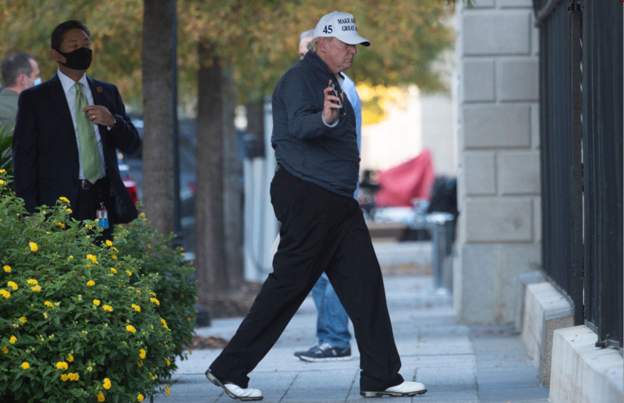 Donald Trump was last seen returning to the White House over the weekend after spending some time at his golf course – Trump National – in Sterling, Virginia.

It was while golfing that he was informed of Joe Biden’s projected win on Saturday.

Since then, he has made no public appearances – and has no public events scheduled in his diary for today.

He does, however, appear to have been working in the White House’s Oval Office in recent days. Marine guards have been spotted outside the door, indicating his presence.