WHO calls for moratorium on Covid vaccine booster jabs 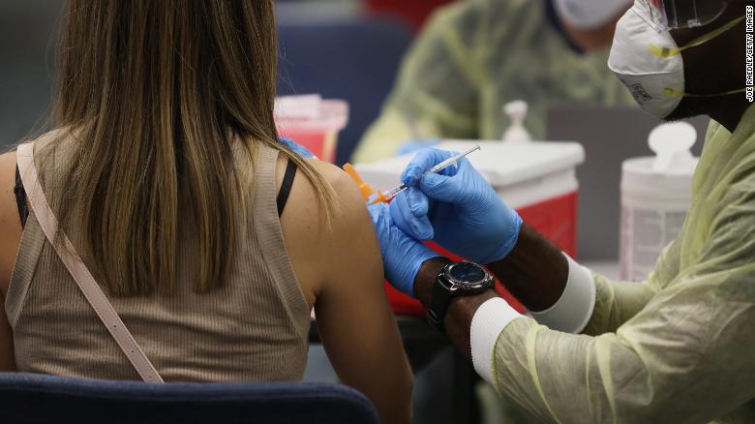 The World Health Organization is calling for a moratorium on COVID-19 vaccine boosters until at least the end of September to enable at least 10 percent of the population of every country in the world to be vaccinated.

“I understand the concern of all governments to protect their people from the Delta variant. But we cannot accept countries that have already used most of the global supply of vaccines using even more of it,” WHO chief Tedros Adhanom Ghebreyesus said at a media briefing.

He added that G-20 nations had an important leadership role to play as those countries were the “biggest producers, the biggest consumers and the biggest donors of COVID-19 vaccines”.

The WHO’s plea comes as the spread of the more transmissible Delta variant prompts discussions about boosters in wealthier countries, including the United States, Britain and Germany, even as a new wave of COVID-19 causes havoc in countries that have been unable to give people even a single jab.

The US on Wednesday rejected the UN health agency’s call for a delay saying it was a “false choice” and that it was possible to do both.

White House press secretary Jen Psaki, noted that the US had donated more than 110 million doses of vaccines around the world.

“That is more than any other country has shared combined,” she said. “We also, in this country, have enough supply, to ensure that every American has access to a vaccine. We will have enough supply to ensure, if the FDA decides that boosters are recommended for a portion of the population, to provide those as well.”

“We definitely feel that it’s a false choice and we can do both,” White House press secretary Jen Psaki told reporters on Wednesday, adding the country had sufficient supply to continue distributing shots abroad while also ensuring that every American can be fully vaccinated.

Last week, Israeli President Isaac Herzog received a third shot of the coronavirus vaccine, kicking off a campaign to give booster doses to over 60s, while Germany will start booster shots next month.

“We need to focus on those people who are most vulnerable, most at risk of severe disease and death, to get their first and second doses,”  WHO’s Katherine O’Brien told reporters.

The WHO has repeatedly called for rich countries to do more to help improve access to vaccines in the developing world, given the gap in global vaccine distribution.

A little more than 1.8 percent of people in Africa are fully vaccinated, compared with nearly 50 percent in both the EU and the US, according to Our World in Data.

Some 101 doses per 100 people have been given in countries categorised as high income by the World Bank, with the 100-doses mark surpassed this week.

That figure drops to 1.7 doses per 100 people in the 29 lowest-income countries.

The UN health agency argues that no one is safe until everyone is safe because the longer and more widely the coronavirus circulates, the greater the chance that new variants could emerge – and prolong a global crisis in fighting the pandemic.

Dr Bruce Aylward, a special adviser to Tedros, said the moratorium was about an appeal to countries considering booster doses to “put a hold” on such policies “until and unless we get the rest of the world caught up” in the fight against the pandemic.

”As we’ve seen from the emergence of variant after variant, we cannot get out of it unless the whole world gets out of it together. And with the huge disparity in vaccination coverage, we’re simply not going to be able to achieve that,” Aylward said.

Unequal distribution has been at the centre of debate for months at the World Trade Organization as developing countries, headed by India and South Africa, call for the temporary removal of intellectual property (IP) rights on vaccines to boost global manufacturing capacity.

The WHO has no power to require countries to act on its recommendations, and many in the past have ignored its appeals on issues like donating vaccines, limiting cross-border travel and taking steps to boost production of vaccines in developing countries.