WHO concerned over Ebola resurgence in West Africa - MyJoyOnline.com

WHO concerned over Ebola resurgence in West Africa 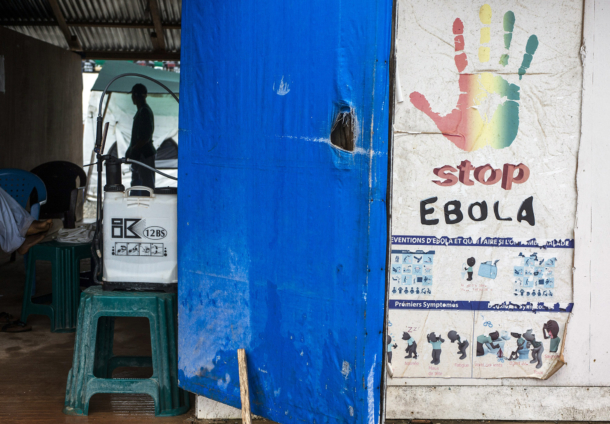 An ebola prevention poster sits outside an Ebola Treatment Center at Wankifong, Guinea, on Thursday, Sept. 10, 2015. An Ebola epidemic and a slump in commodity prices left the International Monetary Fund forecasting no economic growth this year. Photographer: Waldo Swiegers/Bloomberg via Getty Images

The World Health Organization (WHO) has expressed concern over the resurgence of Ebola in West Africa and activated response efforts.

Very concerned by reports of 4 suspected Ebola deaths in Guinea. @WHO is ramping up readiness & response efforts to this potential resurgence of #Ebola in West Africa, a region which suffered so much from Ebola in 2014. pic.twitter.com/9eyMLeZutK

The government has set up a treatment centre in Goueké town in the south-east where the cases were reported.

Officials said newly developed vaccines would be acquired through the WHO.

“The WHO is on full alert and is in contact with the manufacturer [of a vaccine] to ensure the necessary doses are made available as quickly as possible to help fight back,” the AFP news agency quotes Alfred George Ki-Zerbo, the WHO representative in Guinea, as saying.

Meanwhile, health officials in Congo confirmed a third new case of Ebola in the eastern part of the country on Friday.