Why is my wife angry about 2 consenting adults going out? - Worried man - MyJoyOnline.com

Why is my wife angry about 2 consenting adults going out? – Worried man 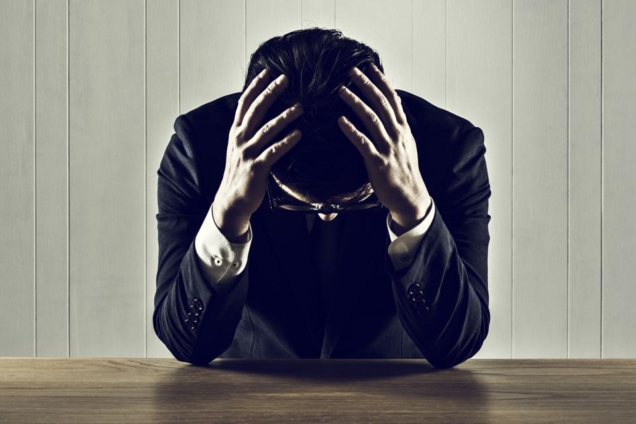 Some utterances from a married woman have left her husband wondering if she is in love with another man.

According to Fiifi, (the husband) his wife has complained bitterly about how a former roommate and friend “wants to snatch every good thing from her (the wife).”

Narrating events on the Super Morning Show, Fiifi said her wife’s anger was triggered by news that Afia is now going out with one of her male friends.

“I chanced on my wife on the phone recently very angry and yelling at the other person on the other end of the phone.  I’d not seen her like that in a very long time,” he said.

Asked what had gone wrong, his wife explained to him that the person on the other line (Afia) was her best friend back in the university who snatched her boyfriend in school.

“She actually said Afia wants to snatch every good thing in her life. Indeed, Afia snatched her boyfriend away in the university and the way she spoke about it, it seems she hasn’t even gotten over that,” he said.

“My wife explains that she has a friend, Joojo, who had just arrived from abroad.  They had not met in a long while and she planned on meeting him when he arrived to catch up with events. My wife says she learned and confirmed that Joojo, since he arrived in the country, and Afia have been in a relationship which she is so mad about.

“But why is she so mad about her friend getting into a relationship with someone else?” a puzzled Fiifi lamented.

Fiifi stated that his wife’s complaint that her former roommate, Afia wants to take every good thing of hers that is nice, has left him with thoughts that she may be having or once had an affair with Joojo.

“I really think she is in love with Joojo,” he said.

“Why is my wife agitated that two consenting adults have decided to be in a relationship? That makes me think, is Joojo her property and in what sense? My wife’s response to this is that Afia should just keep away from Joojo because he does not belong to her.”

When the matter was subjected to public opinion, callers who phoned into the Super Morning Show expressed divergent views. While some believed there was nothing to worry about since the woman is only being protective over a friend, whom she is genuinely concerned about, others agreed that these are clear signs of infidelity.

The first caller, Prosper, advised the man to quit his marriage since his wife can no longer be trusted due to the comments.

“The woman has given herself away. She cannot be trusted. The man should be thankful to God that this has been revealed to him. He should quit or he will be digging his own grave,” he said.

Another caller, Esther, shared a different view. Esther believes the lady is just being protective of her friend.

Kojo from East Legon, on the other hand, disagreed with Esther. He suspects that there is something Abena feels for the other man. He opined that if Abena was just protecting her male- friend from a predator friend, she would have just explained things that way and would not have insisted that Afia “wants to take every nice thing away” from her.

“The whole thing is questionable and a bit suspicious. She feels something for him and any time she gets the chance, things might happen,” he said.

Kukua contended that, “some ladies have particular male friends they are very close to. They are very important to us. Sometimes they even propose but the lady turns them down yet because of how nice they treat us and we feel so cool around them, we don’t want to lose them,” she said.

“With such a person, you become very jealous when they become close to other ladies. They become more like family and you want to protect them. And in the case of Abena, I believe she wouldn’t have had a problem it was another lady but she’s not comfortable with this particular one. She doesn’t want her around him,” Kukua explained said.