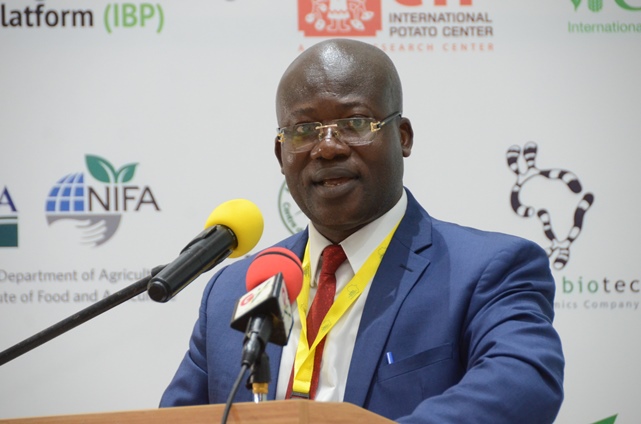 The Professor of Plant Genetics at the Department of Crop Science, University of Ghana, noted that the whole experience felt like a dream to him for a moment when he was receiving the award.

According to him, the prize money will be used to harness and train young agricultural scientists for the country.

“Paul Kagame comes to stand by my side and he’s speaking to me, and I asked myself, is that Eric Danquah? Oh my God! It was humbling. It was reflections and I said to myself, the prize money – $100,000 – is nothing.

“It is going to go into charity to unearth talent for this country. What is all these, if it is not integrated into the future because what we are doing today, if it doesn’t become better tomorrow, we would have failed,” Prof Danquah said in an interview on Saturday, October 8.

Sharing his expectations, the academic emphasised that he looks forward to attracting more funding to sustain research at the centre.

He called for investments into research institutions, centres and universities, adding that the country has talents.

“For me, this award means nothing to me if it doesn’t attract significant funding into the Centre for sustaining what we have started which should get to a level that allows us compete with the best in the world,” he stated.

Prof Danquah earned the 2022 Africa Food Prize in recognition of his extraordinary efforts to change the reality of farming in Africa.

He is a recipient of the University of Ghana Distinguished Award for Meritorious Service, 2013, a member of the IAEA’s Standing Advisory Group on Nuclear Applications, the 2018 Laureate, Global Confederation of Higher Education Associations for Agriculture and Life Sciences (GCHERA) World Agriculture Prize and the President of the African Plant Breeders Association.

He is an Adjunct Professor at the University of Western Australia and a Visiting Scientist at the College of Agriculture and Life Sciences, Cornell University.

“This year, the selection committee of the #AFP received 376 nominations from 44 countries and while all were outstanding, we found Prof. @EY_Danquah the most deserving.” – H.E @Oolusegun_obj , speaking at #AFP2022, at #AGRF2022.

He was a Visiting Scientist at the BBSRC-Long Ashton Research Institute, UK from 2000 to 2001.

Currently, he serves as the Director of the West Africa Centre for Crop Improvement, established in the University of Ghana in 2007 as a consequence of his shared vision and leadership to train a new generation of plant breeders to develop improved varieties of the staple crops of West and Central Africa.

He served as the Director of the Biotechnology Centre, University of Ghana from 2014 to 2019.

DISCLAIMER: The Views, Comments, Opinions, Contributions and Statements made by Readers and Contributors on this platform do not necessarily represent the views or policy of Multimedia Group Limited.
Tags:
Africa Food Prize 2022
Prof Eric Danquah
University of Ghana
West African Centre for Crop Improvement (WACCI)