Words like tyranny, despotism cannot be used in our democracy - Kofi Bentil to Minority - MyJoyOnline.com

Words like tyranny, despotism cannot be used in our democracy – Kofi Bentil to Minority 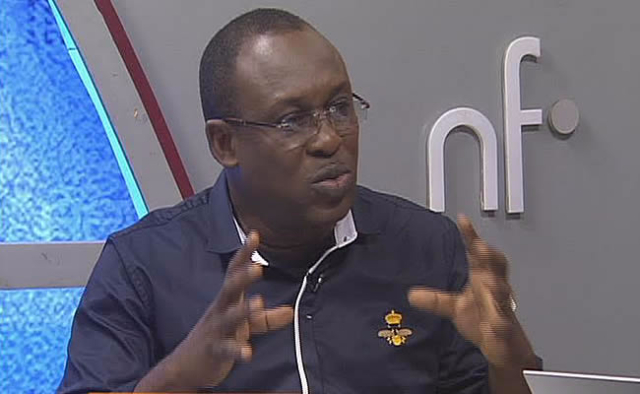 Senior Vice President of policy think tank IMANI-Africa, Kofi Bentil, says he disagrees with the opposition National Democratic Congress’ choice of the word “tyranny” in reference to government and the President Akufo-Addo.

Speaking on Newsfile on the JoyNews channel, Mr. Bentil said such words cannot be used in a democracy like Ghana, explaining that people of this country decided to elect President Akufo-Addo and gave him the powers he has.

“The people of this country also decided that we will give the NPP a majority in Parliament. We have given them the power, how they use it, is their prerogative,” he told Samson Lardy Anyenini, host of the show.

The Minority walked out of Parliament, on February 20, fulfilling their earlier promise of boycotting the 2020 State of the Nation Address.

Clad in black attires, the men and women of the opposition NDC were protesting a number of issues including the government’s failure to release some five percent of the District Assemblies’ Common Fund and concerns they have raised regarding the Electoral Commission’s bid to create a new voters’ register.

During a press conference to explain the boycott, Minority Leader in Parliament Haruna Iddrisu said, since President Akufo-Addo assumed the reins of power, he “has conducted the affairs of state with the kind of tyranny, despotism, and authoritarianism that frightens many objective observers.”

But Mr Bentil disagrees with the statement.

According to him, if the Minority feels their grievances are falling on deaf ears, they need to strengthen their fort and work towards regaining power in the next general elections.

“Again it is nation-building…go and campaign hard, regain your Majority in Parliament, become the President next time…but words like tyranny cannot be properly used in a democracy like this.”