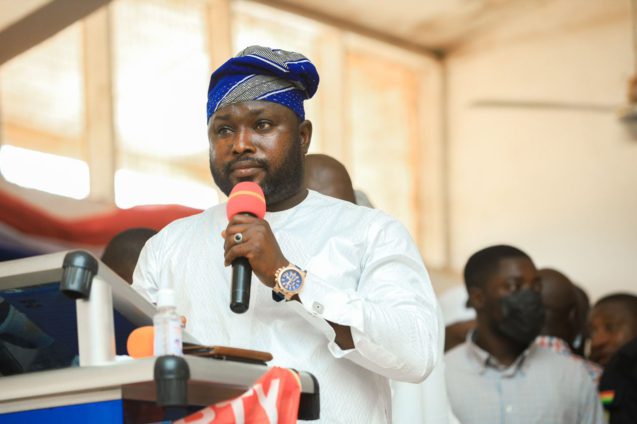 The Second Deputy Majority Chief Whip, Habib Iddrisu says work in Parliament is becoming difficult for the Members of Parliament of the New Patriotic Party (NPP).

The Tolon MP lamented how almost every parliamentary business brought before the house for consideration is subjected to vote.

Notable among these, he referenced the vote to elect the Speaker of the House as well as the passage of the 2021 budget.

“We don’t have the luxury of numbers as we used to have in 2016 where we had 169 MPs. At the moment, as a deputy majority whip, we always want to have our MPs in Parliament.

This development, according to the MP is delaying the implementation of various government policies.

Speaking to JoyNews on the sidelines of the Northern Regional Annual Delegates Conference of the NPP at the Yendi Senior High School, he charged party supporters to tolerate the absence of their MPs; arguing that they could be required in Parliament to push through government policies instead of being in their constituencies.

“I want to appeal to our constituency executives, our regional executives and the party in various constituencies to cooperate and understand and work hard in the absence of our MPs. Due to the nature of our parliament, the MPs’ will be needed in Accra rather than being in the constituency,” he added.