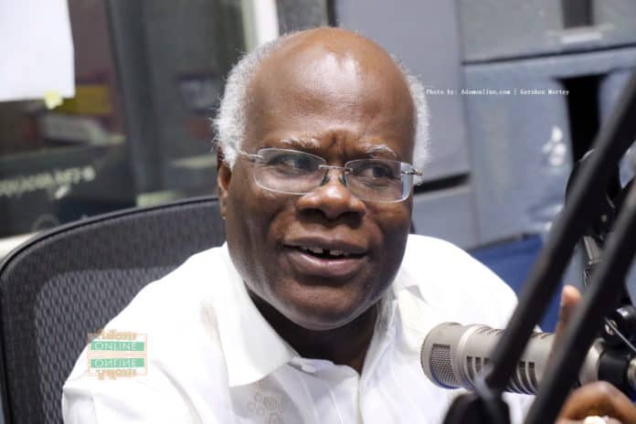 Adansi-Asokwa MP Kobina Tahir Hammond says those who booed President Akufo-Addo at the Global Citizen Festival in Accra cannot even lead the country if given the opportunity.

According to him, the jeers from the audience were a sign of disrespect which should not have happened.

Speaking in an interview with JoyNews, the NPP MP explained that governance is a complex business, and, therefore, those who are unhappy with the current state of affairs must exercise some restraint.

He took a swipe at those who booed the President off the stage and questioned their ability to lead the country if given the nod.

“Let’s exercise restraint a little. Akufo-Addo is the executive President overseeing all the affairs of the country. When he arrived on the stage, he didn’t say anything untoward.

“Besides, it wasn’t even a political platform. He was only expressing his satisfaction with the event”, he said.

The MP added “We will continue to admonish you the young men and women to be patient. When there’s an issue to be addressed, society always consults the elderly. Not you the young ones, whose heads are like coconuts.

“At least you should have waited for him to even mount a political platform before hooting, and not such an event. Let’s not disrespect the elderly because of politics”.

“It’s not possible for the governance of the country to be left to only you, the youth. You won’t be able to do it in the first place, and you won’t even understand. You’ve kept your beards unkempt in town, but there’s nothing in your head”, he added.

KT Hammond’s comments were in reaction to how a section of the audience at this year’s Global Citizens Festival hooted at the President when he mounted the podium to speak.

In a series of videos that have gone viral on social media, the aggrieved audience was seen and heard, urging the President to stop speaking and leave the stage.

This development subsequently sparked widespread debates on social media about the President’s popularity and how he is losing his appeal as head of state.

But reacting to this, the Deputy Director of Communications of the New Patriotic Party, Mr Owusu Bempah, has accused the opposition National Democratic Congress (NDC) of orchestrating the hooting.

In a statement issued on Monday, he stated that the NDC deliberately planted its supporters in the crowd to embarrass the President for political points.

His comments have however been rubbished by some social commentators, who say the jeering was a genuine reflection of the dissatisfaction of Ghanaians about the state of affairs in the country.

Meanwhile, the National Democratic Congress has also categorically denied its involvement with the said incident.

In a press release signed by the Communications Officer of the party, Sammy Gyamfi, the NDC said it had no hand in the “embarrassment ”.

DISCLAIMER: The Views, Comments, Opinions, Contributions and Statements made by Readers and Contributors on this platform do not necessarily represent the views or policy of Multimedia Group Limited.
Tags:
Akufo-Addo
Global Citizen Festival 2022
KT Hammond
NDC
Sammy Gyamfi