You fix Ghana by developing proper policies to win elections, not through propaganda – Blay jabs NDC 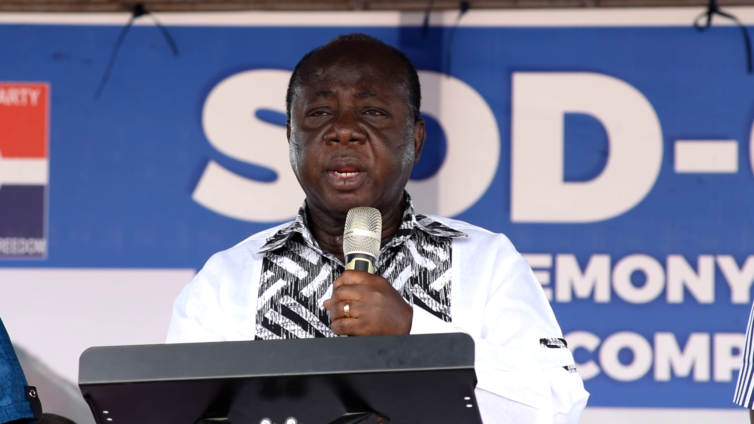 The National Chairman of the New Patriotic Party (NPP) has entreated his counterparts in the National Democratic Congress (NDC) to develop policies and programs that can win them elections.

This, Freddie Blay, believes is a pragmatic approach towards fixing the country, instead of undermining the political process of the current government through agitation and propaganda on social media.

He expressed dismay about why the NDC is attempting to own the #FixTheCountry campaign which seeks to call government’s attention to addressing shortfalls in the country.

Mr. Blay was speaking at the sod-cutting ceremony for the construction of the Volta Regional Headquarters in Ho.

“Parties that did not win government must demonstrate political maturity and desist from undermining the political process through agitation and propaganda. Today we are witnesses to the sad spectre of some political parties abandoning their own political manifestoes and struggling to own the ‘FixGhana’ agitation,” he said.

He added, “my message to my colleagues in the other parties is that the better way to fix Ghana is not by shouting from the rooftops or social media.

“You fix Ghana by developing proper policies that win the mandate of the people in elections and being allowed space to deliver on the mandate. This is what the people of Ghana expect.”

He, therefore, called for collaborative efforts between both the NPP and NDC towards resolving the country’s challenges to enrich the livelihoods of the citizenry.

“In our diversity of political approaches and ideologies, the NPP and our NDC colleagues and all other political parties must be united in the dedication to make our country a better place for now and the generations to come”, he said.