Zimbabwe's Robert Mugabe 'left $10m but no will' - MyJoyOnline.com

Zimbabwe’s Robert Mugabe ‘left $10m but no will’ 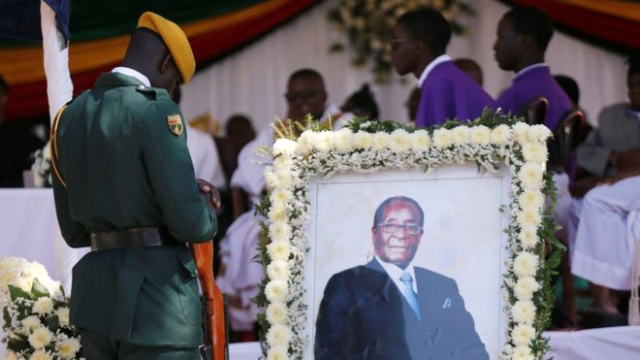 But he appears not to have left a will, according to the family’s lawyer.

Separately, the UN has said it is expanding its operation in the country as about half of Zimbabwe’s population faces severe hunger.

Last week, a UN official warned Zimbabwe was on the brink of man-made starvation.

There had always been rumours about Mr Mugabe’s wealth, including him owning a Scottish castle and a $1m property in Asia.

But there was no mention of these in a letter by his daughter, Bona Chikowore, to the high court, quoted by the state-owned Herald newspaper.

Some other assets, including four houses, 10 cars, a farm and an orchard are listed, but lawyer Terrence Hussein told the BBC “none of the properties… are in his name”.

Two houses in upmarket suburbs of the capital, Harare, are in the name of the governing Zanu-PF party, Mr Hussein said.

“The 10 cars are a vintage car collection which frankly had value only to him,” Mr Hussein added. 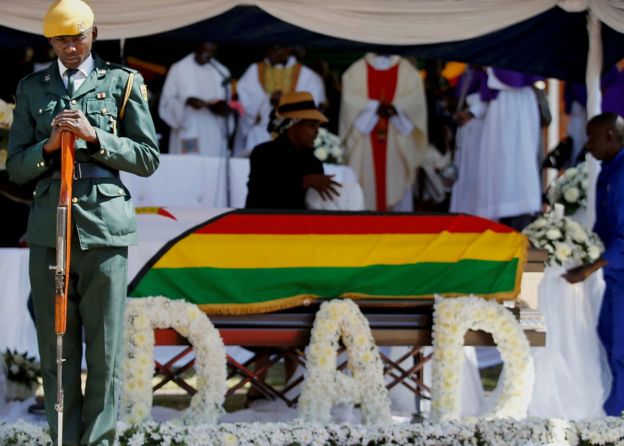 Ms Chikowore’s letter makes no mention of other farms that Mugabe had been reported to have gained ownership of after they were seized during the country’s controversial land reform programme.

This is the first stage of compiling the former president’s assets, but “the suggestion that the Estate has been finalised is untrue and misleading. The long drawn out process has only begun,” the family’s lawyer told the BBC.

In Zimbabwe, if a person dies without a will, the assets are divided between the spouse and children. Mugabe is survived by his wife, Grace, and four children. 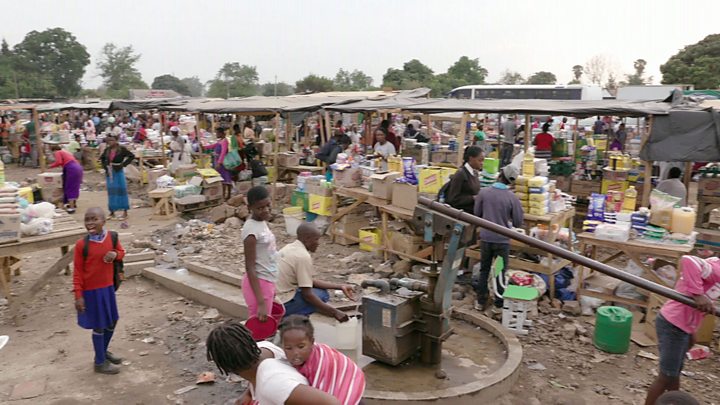 The UN’s World Food Programme (WFP) had said it plans to more than double the number of people it helps in Zimbabwe to more than four million. Nearly eight million people overall are in need, it added.

The WFP will provide rations of cereal, pulses and vegetable oil and a protective nutrition ration for children under five.

“We’re deep into a vicious cycle of sky-rocketing malnutrition that’s hitting women and children hardest and will be tough to break,” said WFP Executive Director David Beasley in a statement.

“With poor rains forecast yet again in the run-up to the main harvest in April, the scale of hunger in the country is going to get worse before it gets better.”

Zimbabwe is currently going through a severe economic crisis, with rising inflation, compounded by a drought across southern Africa.

It had been hoped that the post-Mugabe era, under President Emmerson Mnangagwa, would bring a change in the country’s economic fortunes. But the current government has been accused of economic mismanagement and human rights abuses.