Zonta Club says no to violence against women - MyJoyOnline.com

Zonta Club says no to violence against women 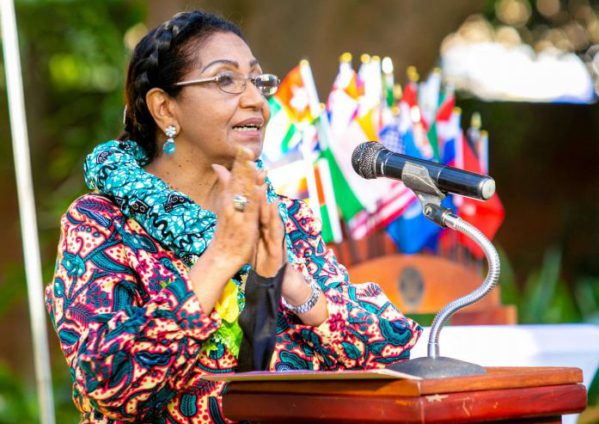 Zonta Club of Accra, together with all the other five Zonta International Clubs in Ghana, have dedicated 16 days, from 25th November to 10th December, 2021, to campaign against gender-based violence.

The activism campaign is aimed at raising awareness about the seriousness of all forms of violence and the injustices meted out to women and girls, which impinge on their human rights, thus demeaning them.

To mark the celebration this year, Zonta Club of Accra last weekend staged a token sponsored walk to raise funds for service programmes they have embarked on to raise the status of women.

In a Media Release dated November 29, 2021, to mark the occasion, the President of the Club, Zontian Vivienne Idun-Ogde called for an end to all forms of violence against women and girls.  She said the campaign is aimed at bringing change and upholding the human rights of women who form the backbone of society.

She said violence against women is a worldwide pandemic crossing every social and economic class, religion, every race and ethnicity.  She added, “ Violence against women and girls occur in many aspects of life including the home, work places, on the internet, and in open space”.

Giving out some statistics, the Zonta President said: “35 percent of women will experience violence at the hands of their current or former partners in their lifetime.”

Further statistics show that 650 million women worldwide alive today were married as children.  Out of that number, one in three got married before age 15.  Additionally, 200 million women and girls worldwide have undergone FGM with majority of them cut at age five.

Women and girls together account for 71 percent of all human trafficking victims detected globally.

Zonta International is a leading global organisation of professionals empowering women worldwide through service and advocacy.

It envisions a world in which women’s rights are recognised as human rights and every woman is able to achieve her full potential.  In such a world, no woman lives in fear of violence.