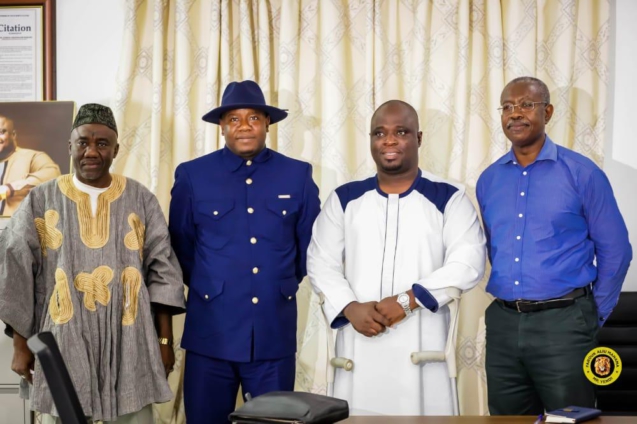 The Board Chairman of the Ghana Integrated Iron and Steel Development Corporation, Farouk Aliu Mahaha, has revealed that some 10 local and foreign investors have expressed interest in funding Mineral Resource Estimation (MRE) in 10 Iron ore blocks in the Oti Region.

According to him, none of the investors will exclusively own a concession but rather, a memorandum of understanding signed to mine within a specific time which he believes details will benefit the Oti Region and the nation at large.

Yendi MP explained that it is the vision of the Akufo-Addo led administration to ensure that, the mining sector is dominated by Ghanaian industry players, hence GIISDEC will continue to give topmost privilege to local investors to mine, which he believes this will lead to the retention of revenue from the sector in-country, which will result in the growth of the Ghanaian economy.

He further explained that, the government remains committed to building a viable, orderly, sustainable and environmentally-sound mining industry which is anchored on integrity, and which contributes meaningfully to the national economy, as well as an efficient management and utilisation of the mineral resources for the benefit of the Ghanaian people.

According to Mr Aliu Mahama, government has demonstrated beyond doubt that purging the mining sector of all forms of illegalities is a priority whereas President Akufo-Addo government is investing in value addition to retain the value of the Mineral resources in-country.

Speaking at a curtesy call on Monday, August 15,2022  to announce an official five day working visit to the Oti region by the board and management of the Ghana Integrated Iron and Steel Development Corporation and it investors , Mr Farouk Aliu Mahama revealed GIISDEC’s plans to bring investors to the region to mine the newly discovered Iron ore  and also bring development and create employement in the region.

He however stated that, “exploring the Iron and Steel industry to harness the opportunities given us by nature, calls for strong collaboration between the Oti region and GIISDEC”

The board chairman in his remarks also appealed to the Oti Regional Minister for an operational office space in the region to help employ decentralise the activities of GIISDEC and to also create employment as new staffs will be employed.

He revealed plans to operate offices across all regions to help ease pressure at the head office.

Iron ore industry is of great importance to the president due to it contribution towards the automobile industry.

Finally, he used the opportunity to call on massive support from the MMDCES within the Oti Region, the security and the traditional leaders to aid government’s vision to make the Oti Region one of Ghana’s Centre for Iron ore exploration in the country.

On his part, the Oti Regional Minister, Joseph Makubu urged local investors to take advantage of the move by government and help create wealth in the Iron ore industry through responsible mining.

He further pledged the support of his outfit to what he described as a loudable initiative by government which he believes will bring massive development to the Oti Region and create numerous employments.

Ghana has discovered iron ore in commercial quantities, this has been confirmed by the Ghana Geological Survey Authority (GGSA).

The large iron ore deposits have been discovered in Akokrowa, a farming community in the Oti Region.

According to Ghana Geological Survey Authority, its investigations have uncovered that the iron ore is 55.22 weight percent (fe) and of a higher grade.