18-year-old who died in Lamashegu disturbance laid to rest 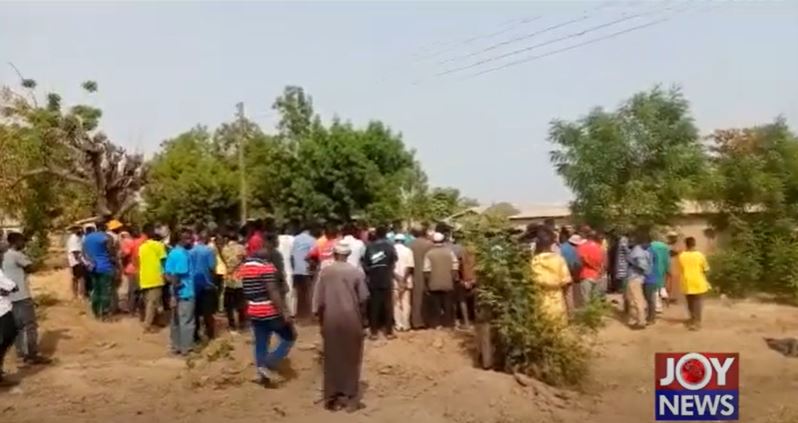 The 18-year-old teen, Abdul Hakim Yakubu, who died in the Lamashegu disturbance in Northern Region on Sunday has been laid to rest.

Brother of the deceased, Hamdan Yakubu on Tuesday during the burial of his brother told JoyNews he had a conversation with his little brother before he left to the market only to be called and told that his brother had been shot.

“On Sunday, I came back from a wedding ceremony and sat with him for a while. We had a good conversation and I said I was going to the market,” he said.

According to Hamdam, he received a call whiles at the market that something has happened to his brother. He said the message compelled him to put in a call to his brother.

He stated that he initially kept calling his brother’s phone but received no response, so he kept calling, adding that at that point he became concerned that the worst had occurred.

Hamdan stated that at a point, the call was answered and he was questioned about his relationship with the owner of the phone he called.

“The person on the line asked me to come to the Tamale Teaching Hospital,” he added.

He said when he arrived at the hospital he was told the brother was brought in dead.

“When I got there I called again and he showed me where he was so I met him. He showed me my brother but they couldn’t find what had killed him because he was wearing a shirt.

“So I started searching the body and then I noticed the wound on his shoulder and a piercing in the rib cage. Then the doctor examined the wound and said it was a bullet and that my brother dead before he was brought in.”

He said all the family wants is justice for his younger brother who was shot and killed on Sunday.

DISCLAIMER: The Views, Comments, Opinions, Contributions and Statements made by Readers and Contributors on this platform do not necessarily represent the views or policy of Multimedia Group Limited.
Tags:
Abdul Hakim Yakubu
Lamashegu disturbance
Shooting incident