2023 budget must not be business as usual – IEA 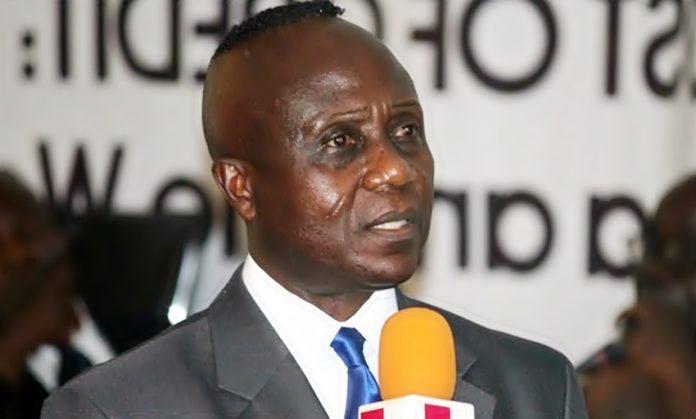 The Institute of Economic Affairs (IEA) says the 2023 budget and economic policy is a “make or break” for the economy, hence its design and implementation can not be “business as usual”.

“It must break from the past and chart a new course to restore economic stability, while laying the foundation for long term sustainable growth and poverty alleviation,” said Dr John K. Kwakye, Director of Research, IEA, at a press conference in Accra.

Dr Kwakye observed that the country was in a “self-inflicted” resource constraint situation amid an economic crisis due to increased borrowing and the setting of “less ambitious” tax and revenue targets far lower than peers in the sub region.

The situation, he said was compounded by the wrong prioritisation of recurrent expenditure over capital expenditure, which was inimical to economic growth.

Achieving the new targets, he said would entail addressing revenue loopholes and inefficiencies that took the form of tax exemptions to privileged individuals, poor property rate regime; tax evasion, administrative corruption, and trade mis-invoicing among others.

He said there must also be a “curtailing” of recurrent expenditure in the 2023 budget to free resources for capital expenditure to boost long-term growth prospects.

“The curtailment should target, especially compensation through considerable downsizing of the public sector, including the overall Government machinery, ” he said.

Dr Kwakye, a former member of the Monetary Policy Committee of the Bank of Ghana (BoG), also called for monetary policy interventions that directly targeted supply and cost influencers of inflation to supplement the Inflation Targeting (IT) framework.

“As we have repeatedly argued, the Inflation Targeting (IT) framework used by BoG, essentially a demand-management tool, is less capable of dealing with Ghana’s type of inflation that has strong supply and cost undercurrents, ” he said.

The IEA has also noted that structural solution to the cedi depreciation must be geared towards closing the foreign exchange demand-supply gap through a fundamental restructuring of the economy.

“On the one hand, the restructuring must be directed to expanding, diversifying and processing export commodities to increase forex receipts, ” Dr Kwakye added.

The Institute also called on the Government to review all extractives tax regimes to ensure that Ghana derived adequate benefits; ensure fiscal and debt sustainability; shore up financial buffers such as stabilisation fund, sinking fund, and infrastructure Investment Fund, among others.

DISCLAIMER: The Views, Comments, Opinions, Contributions and Statements made by Readers and Contributors on this platform do not necessarily represent the views or policy of Multimedia Group Limited.
Tags:
2023 Budget
IEA
Institute of Economic Affairs