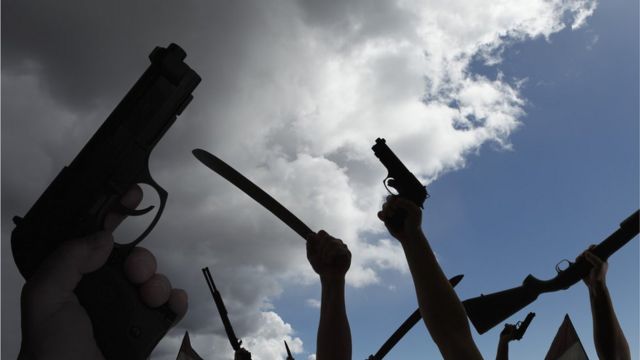 Clashes between herdsmen and farmers in the Nigerian state of Benue left at least 23 people dead, a local official said on Thursday, the latest deadly incident fuelled by growing pressure on land resources in Africa’s most populous country.

Violence between farmers and pastoralists has become increasingly common in recent years as population growth leads to an expansion of the area dedicated to farming, leaving less land available for open grazing by nomads’ herds of cattle.

Kertyo Tyounbur, chairman of the Ukum local government area of Benue where the violence took place, gave a death toll of 23.

Local resident William Samson said the trouble started on Tuesday when villagers killed two herders and stole their cattle. This was followed by a reprisal attack by herdsmen on Wednesday on the village of Gbeji, he said.

Benue is one of Nigeria’s Middle Belt states, where the majority Muslim North meets the predominantly Christian South.

Competition over land use is particularly intractable in the Middle Belt as the fault lines between farmers and herders often overlap with ethnic and religious divisions.

The Boko Haram insurgency in the northeast has worsened the problem by driving herders into the Middle Belt and further south, analysts say, while climate change and increasing aridity in the North are also contributing factors.

DISCLAIMER: The Views, Comments, Opinions, Contributions and Statements made by Readers and Contributors on this platform do not necessarily represent the views or policy of Multimedia Group Limited.
Tags:
Benue state
Herdsmen attack
Nigeria